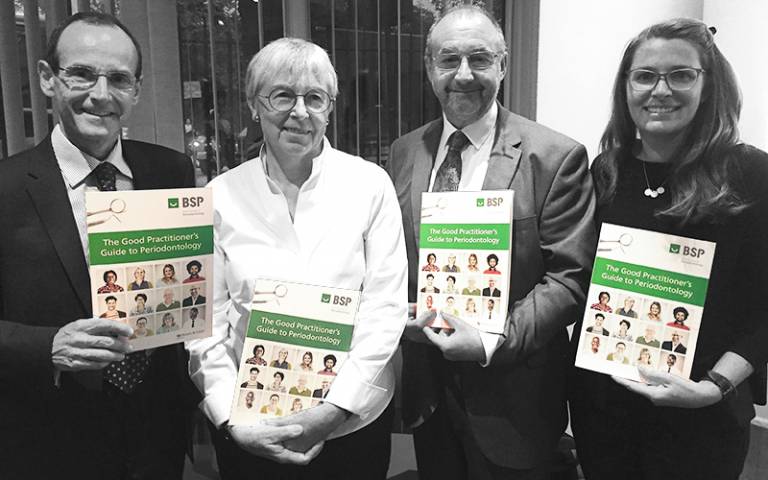 We launched the 3rd edition of the British Society of Periodontology’s, Good Practitioner’s Guide (“GPG”) to Periodontology on 5th September. I have been lucky enough to be Editor-in-Chief since the first edition in 2011. Since then, we have distributed 9,000 hard copies and in the last twelve months alone the guide has been downloaded as a PDF more than 40,000 times. Clearly, there is a strong thirst for periodontology education.

The third edition has seen major changes. Firstly, we changed the title from ‘Young’ to ‘Good’ Practitioner’s guide in response to readers comments and its use by a wide range of ages. Secondly, and very excitingly, we have worked with Fiona Clark of Atlas Publications to produce a parallel e-version. It is available to download in PDF format and also in digital and interactive format from the website of the British Society of Periodontology.

The guide has had great reviews and was also given a Plain English Award for the second edition. Periodontology is at a very exciting time clinically and the GPG is demonstrating just how much interest there is this fundamental area of oral health.