Send us your swabs – hunt for new antibiotics continues 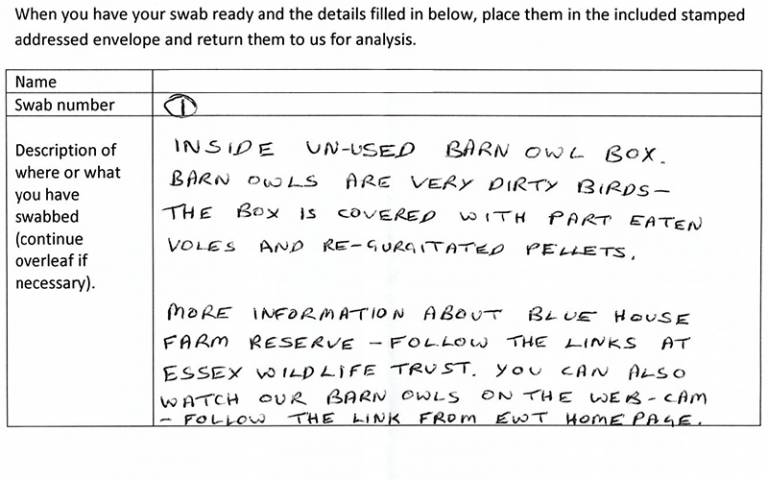 Our hugely successful, crowd-funded, antibiotic resistance project, which asks members of the public to take and send in environmental swabs, is calling for new submissions.

Swab and Send phase three launched earlier this month in its renewed hunt for the next generation of antibiotics amidst our everyday environments.

The project is the brainchild of Dr Adam Roberts, Advisor to the Longitude Prize.

Adam said: “We had a fantastic response in the first two phases of Swab and Send, receiving hundreds of samples from members of the public resulting in thousands of bacterial isolates to work on.

“Samples came in from all over the UK and as far away as the River Nile.

“Initial analysis of samples has yielded many strains of interest; we are now working on a selection which are able to kill multiple disease causing bacteria”.

“In this phase we are hoping to collect many more samples from places which have not been sampled yet. We want to continue to engage the public in this project and highlight how important this problem is that mankind is facing”.

For a small fee you will be sent a swab kit enabling you to take a sample from any place where different bacteria may be competing for space and food – from drains, sinks, floors and houseplants, to compost heaps and window sills.

Once you’ve sent your swab in, Adam’s team will determine if there are any bacteria present that have the ability to kill other bacteria by producing their own version of an antibiotic.

Find out more and get involved

Adam recently looked into the cleanliness of beards for the BBC; read more about how swabs of male facial hair revealed antibiotic potential thanks to Swab and Send.