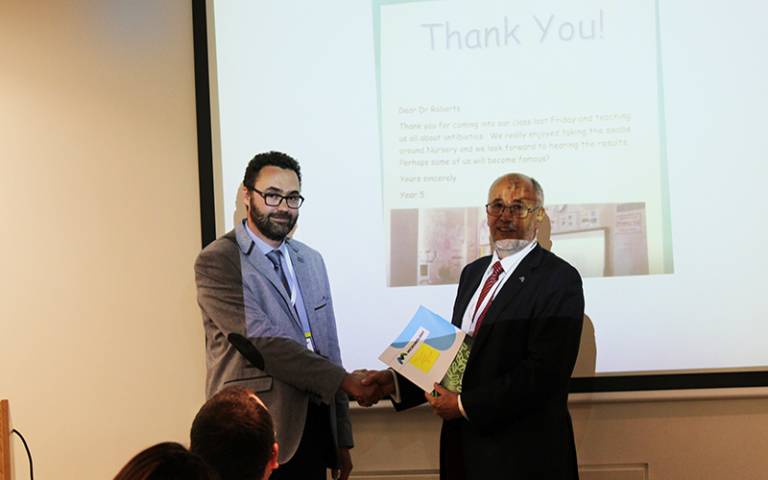 The prize, given in recognition of sustained activities to engage and inspire public interest in microbiology, was presented today at the Society’s Annual General Meeting.

Adam said: “The rate at which pathogens are becoming resistant is unsettling to say the least. With so few useful antibiotics in the doctor’s cabinet, the hunt for alternatives must be prioritised and accelerated.

“I am delighted to receive today’s prize which I think highlights the importance of raising public awareness and engaging them in this search for new potential weapons in the fight against infection.

“Policy and practice changes, within the NHS for example, can be driven by pressure from an educated public.”