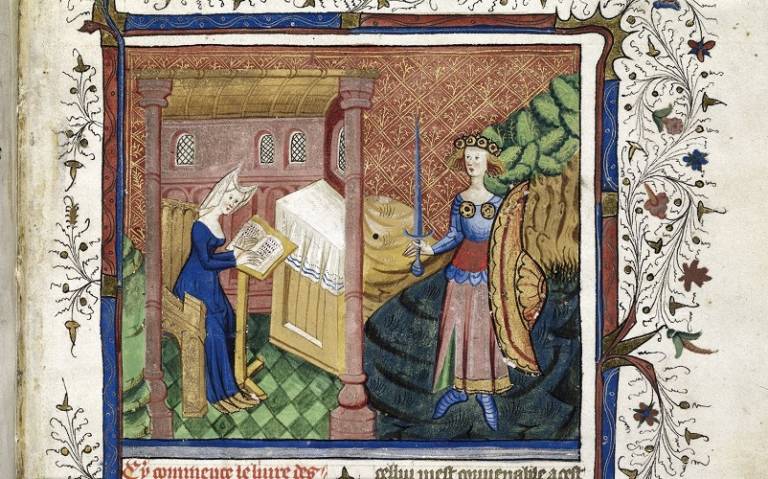 Dr Esther M. Villegas de la Torre will discuss the social and cultural standing of learned women by the late seventeenth century, as reflected in the dissemination of their knowledge practices.

Despite compelling efforts arguing for its erasure, there continues to be a divide in historiography over the importance of women in the Republic of Letters, as late medieval, early modern, and Enlightenment individuals called the learned and literary world. Certainly, even in the seventeenth century, when the literary product underwent a rapid process of commercialization which brought with it the professionalization of the writer’s career, learned women still faced criticism based on their gender. Nonetheless, this criticism should be carefully nuanced, not least in light of the constant invocation of models of female creativity, ancient and modern, throughout the period, and the considerable rise of public works encompassing a vast number of knowledge subjects for, about, and by women since the Middle Ages. Put differently, learned women represented a group identity within this great public community, and one which repeatedly received peer and public support, not just criticism —the raison d'être of print publication is profit.

This paper will revisit the social and cultural standing of learned women by the late seventeenth century, as reflected in the dissemination of their knowledge practices. Specifically, the paper will adopt an interdisciplinary, comparative stance, rooted in book history, to locate the authority embedded in the literary and material form(s) of two female-authored print translations within the context of the transnational Republic of Letters —namely, Aphra Behn’s A Discovery of New Worlds (London, 1688) and Isabel Correa’s El pastor Fido, poema de Baptista Guarino (Antwerp, 1694).

My research investigates premodern knowledge practices and their dissemination from an interdisciplinary, comparative stance, rooted in new advances in book history. My doctoral thesis, Women and the Republic of Letters in the Luso-Hispanic World, 1447-1700 (Nottingham, 2012), sought to correct the gender imbalance in Luso-Hispanic book history by charting the rise and consolidation of women's authority, especially as authors, in Catalan, Portuguese, and Spanish, within the Respublica litteraria, with parallels from England, France, and Italy.