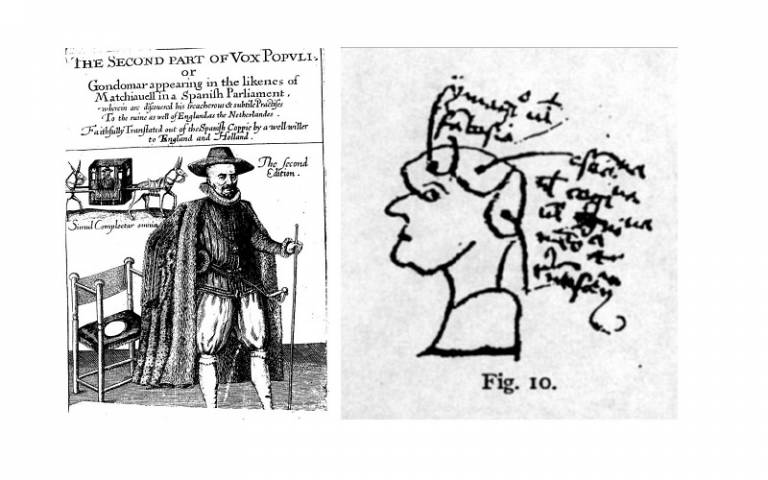 In sixteenth-century England, the word “distraction” typically referred to the breaking-down of the mind into madness. But it could also refer to the smaller-scale mental disruptions we call “distraction” today: an intrusive thought, a wandering mind, or faltering attention. In this paper, I suggest that these two meanings were less distinct than we might now imagine. I turn to a particularly rich source of evidence about distraction from this period: devotional manuals, of varying confessional persuasions, in which discussion of distraction and how to avoid it is a standard feature. Adducing evidence from these works, I examine how distraction fitted in to the complex and contested architecture of the early modern mind.

On December 4th 1619, Simonds D’Ewes remarked in his diary that he had ‘perused a notable book styled Vox Populi...marvellously displaying the subtle policies and wicked practises of the Count of Gondomar, the resident Ambassador here...’ The pamphlet, written by the errant clergyman Thomas Scott, was an instant “underground” success, resurrecting the spectre of the Spanish threat in the English public imagination.

This paper takes Vox Populi and the series of illicit pamphlets which succeeded it as its subject matter. Using typographical analysis, it aims to reconstruct the clandestine networks which underpinned the production and distribution of Thomas Scott’s pamphlets, and asks whether this surreptitious campaign constituted an English print underground decades before the supposed “explosion” of illicit printing during the British civil wars.

The event will run via Zoom. Details below.