In the collection is an animal respirator that would have been used to keep an animal breathing during vivisection.

This animal respirator from the 1930s is an example of the kind of machine used to assist an animal’s breathing during vivisection for physiological research.

Vivisection is the experimental dissection of live animals. The rise of experimental physiology saw an anti-vivisection movement and led to the Cruelty to Animals Act of 1876, outlawing individual animals being experimented on more than once. In 1903, William Bayliss of UCL Department of Physiology performed a vivisection on a brown terrier dog before an audience of 60 medical students. Anti-vivisectionists witnessed the experimentation and claimed to notice an unhealed scar showing that the dog had undergone previous experimentation. Their accusation of illegal experimentation resulted in seven years of protests and riots that became known as The Brown Dog Affair. Today, the use of animals in research remains highly contentious and is heavily regulated. 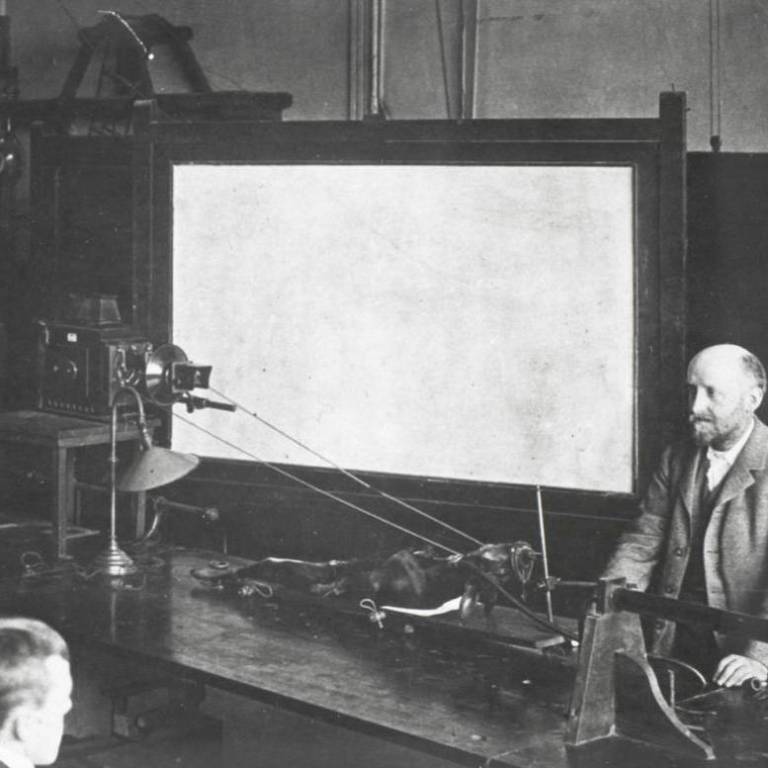 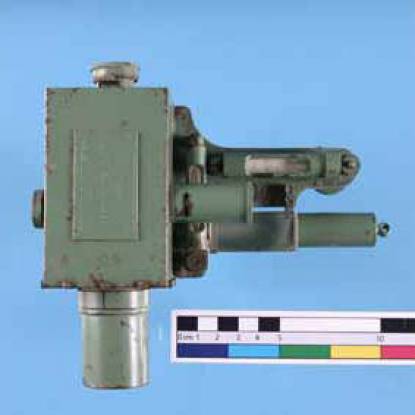 Astroclinometer
This astro-clinometer is a navigational instrument invented for use by the RAF on long-range desert missions during World War II.

First X-Ray
This x-ray taken by J. Norman Collie is believed to be the first clinical x-ray taken in the UK.
Subscribe to our newsletter