Take me to:
at:
Let's go
Let's go
Artefacts of Excavation
The International Distribution of Finds from British Excavations in Egypt, 1880-1980

‘Artefacts of Excavation’ is a 3-year, AHRC-funded collaborative project led by Dr Alice Stevenson at UCL, and Professor John Baines at the University of Oxford.

From the 1880s to the 1980s British excavations at sites across Egypt resulted in the discovery of tens of thousands of objects. A large proportion were exported from Egypt and distributed to an estimated 200 museums around the world before they were fully documented or published.  'Artefacts of Excavation' is an ambitious project that will create an online resource for the relocation and re-contextualization of these objects, and will explore the role of these distributions in the development of archaeology and museology. 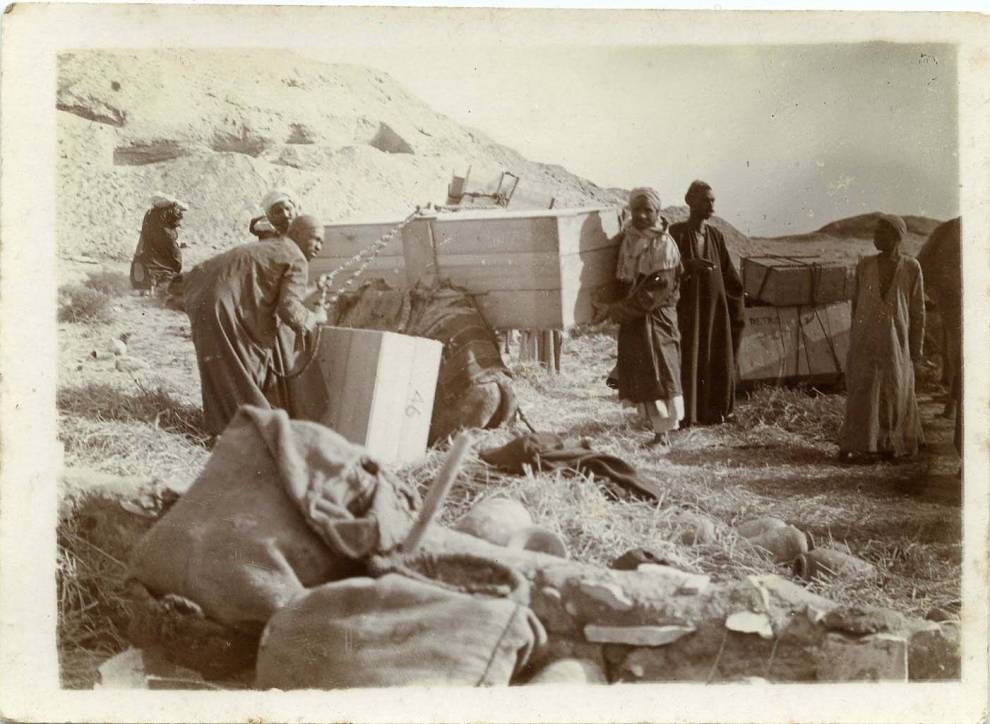 The project aims to address the following questions:

The book of abstracts is also available here. Hosted at the Griffith Institute: http://egyptartefacts.griffith.ox.ac.uk/

This website is not only a repository for the project outcomes. It also forms a central tool of our research and a point of engagement with museums worldwide. We will be posting here resources to help people identify and more fully understand excavated objects in collections, as well as sharing some of the stories that lie behind artefacts from British fieldwork in Egypt now dispersed across the globe. Our focus will be on the fieldwork of the Egypt Exploration Fund (EEF)/Society (EES), and the British School of Archaeology in Egypt (BSAE)/Egyptian Research Account (ERA).

Commenting on the grant award, Maria Ragan, Manager of the Petrie Museum, said: “We are thrilled to have received the support of the Heritage Lottery Fund and look forward to working on making a very complex area of the First World War better known to lots of different people. This project illustrates the deep involvement and concerns that British archaeologists have had in the Middle East during times of conflict as well as peacetime.”

and members of the public alike through a diverse programme of events exploring the archaeological work of Flinders Petrie.”