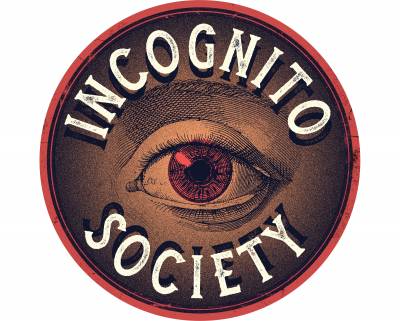 Due to popular demand, Incognito Society, one of UCL’s oldest societies of curiosity and creativity is back with a new set of challenges!

UCL students, it’s time again to take the sorting quiz and find out which of the four Halls you belong to: will you be a Tangerine Penguin, Indigo Wolf, Sapphire Seahorse or a Crimson Eagle?

If you're already a member, get your team warmed-up for another chance at winning with a special Spring 2021 Play-Off.

To be part of the Society, join us on Zoom on Wed 24 February at 5pm for our latest Virtual Social.  Compete in this friendly contest of curiosity and invention dating back to 1911.  Following this, every week until 10 March we will be launching new challenges.

This online game was developed by interactive theatre-makers Coney and UCL Culture. 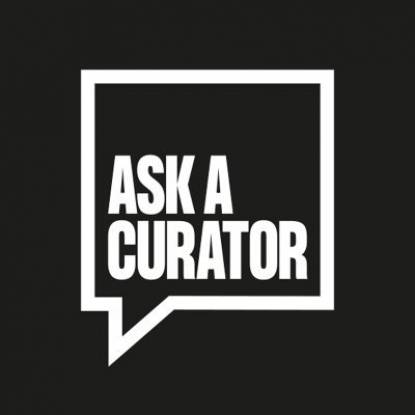 #AskACurator day on 16 Sept
[[{"fid":"14251","view_mode":"large","fields":{"height":"396","width":"757","class":"media-element file-medium","format":"large","field_file_image_alt_text[und][0][value]":"Ask a Curator","field_file_image_title_text[und][0][value]":"","field_caption_heading[und][0][title]":"","field_caption_heading[und][0][url]":"","field_caption[und][0][value]":"","field_float_left_right[und]":"none","field_file_image_decorative[und]":"0"},"type":"media","field_deltas":{"1":{"height":"396","width":"757","class":"media-element file-medium","format":"large","field_file_image_alt_text[und][0][value]":"Ask a Curator","field_file_image_title_text[und][0][value]":"","field_caption_heading[und][0][title]":"","field_caption_heading[und][0][url]":"","field_caption[und][0][value]":"","field_float_left_right[und]":"none","field_file_image_decorative[und]":"0"}},"attributes":{"height":"396","width":"757","class":"media-element file-large"}}]]On 16 September 2020, we’ll be taking part in #AskACurator day on Twitter.It’s your chance to put our curators on the spot and ask the questions you’ve always wanted to know: Why do we have a jar of moles in the Grant Museum of Zoology? Did rival students really play football with Jeremy Bentham’s preserved head? We’ve lined up four of our curators for you to chat to throughout the day.10am – 11am Grant Museum of Zoology on Twitter Tannis Davidson, Curator of the Grant Museum of Zoology From unearthing the dismembered arms of mummies at archaeological digs in Egypt to searching for fossils in Bavaria, Tannis has a rich history in researching and examining the stories of the once living. As the curator of the Grant Museum, Tannis cares for one of the oldest natural history collections in the UK including visitor favourites such as the famous glass jar of moles, the wall of 4,000 mice skeletons and the back lit cave of microscope slides known as the Micrarium. She also appeared on BBC’s QI talking about the rarest skeleton in the world – the museum’s quagga specimen (an extinct subspecies of zebra). Follow the Grant Museum on Twitter11am – 12 middayPetrie Museum on TwitterDr. Anna Garnett, Curator of the Petrie Museum of Egyptian and Sudanese ArchaeologyAnna has worked for over a decade in Egypt and Sudan on archaeological fieldwork projects and has also spent years working with different ancient Egyptian museum collections around the UK. She is passionate about ancient Egyptian pottery and sculpture, the material culture of ancient and modern Sudan, the history of British Egyptology and object and archive-based teaching. Anna now looks after over 80,000 artefacts in the Petrie Museum, including the world’s oldest-known piece of clothing, an array of ancient pots which preserve their maker’s fingerprints, and an extraordinary group of small funerary figurines called shabtis.Follow the Petrie Museum on Twitter1pm – 2pmUCL Culture on TwitterHannah Cornish, Science CuratorHannah has worked at some of the UK’s most exciting cultural institutions, including the Natural History Museum, the Hunterian Museum at the Royal College of Surgeons and of course UCL’s own Grant Museum, Science Collections and Pathology Museum. Hannah can talk to you about UCL’s Science Collections which cover two centuries of scientific research at UCL and include Nobel Prize-winning equipment and one of the world’s first medical x-ray images. She can also reveal some of the mysteries around Jeremy Bentham’s famous Auto-icon and UCL’s Pathology Museum (a medical museum that is not for the faint hearted).Follow UCL Culture on Twitter2pm – 3pmUCL Culture on TwitterSubhadra Das, Curator of UCL Science and Pathology CollectionsSubhadra is a writer, broadcaster, comedian and museum curator at UCL Culture. Her main area of research is the history of science and medicine in the 19th and 20th centuries, specifically the history of eugenics and scientific racism. Over the last few years, Subhadra has curated a number of exhibitions at UCL, showcasing critical approaches to displaying human remains, the history and philosophy of medicine, eugenics at UCL and the colonial origins of our natural history collections. She’s here to tell you about why it’s important not to believe everything you read, especially if it’s about Jeremy Bentham.Follow UCL Culture on Twitter 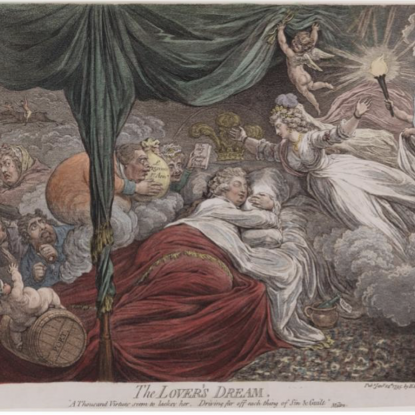 UCL Art Museum announces acquisition of rare prints
We are delighted to announce that UCL Art Museum has recently acquired a collection of rare and exceptional political and satirical prints through the HM Government’s Cultural Gifts Scheme. Dating mostly from the late 18th to the early 19th centuries, the collection includes groups of prints by acclaimed British caricaturists James Gillray, Richard Newton and Thomas Rowlandson, plus especially rare French and German political prints, most of which refer to the trials and tribulations of the French Revolution.  The prints have been acquired for the nation through the HM Government’s Cultural Gifts Scheme (via the Arts Council) from donor and Emeritus Professor of the History of Art, David Bindman. He formed the collection over many years specifically with teaching and public exhibition in mind. Bindman explains that “there is a good group of contemporary-coloured etchings by Gillray of political and royal subjects, but there are also some great rarities, including three early caricature lithographs by Delacroix, and a group of German caricatures from the 1790s, including one of the brief period that Mainz was part of the French Revolutionary government. Among my favourites there is a Daumier lithograph of Louis Philippe, a caricature drawing of Henry Crabb Robinson, one of UCL’s founders, and a large woodcut version of one of Hogarth’s Stages of Cruelty.”Find out more about UCL Art Museum
Subscribe to our newsletter