This intricate 5m long snake skeleton is unusually displayed wrapped around a branch. The animal lived at London Zoo.

This specimen was previously identified as an anaconda. See below for more information. 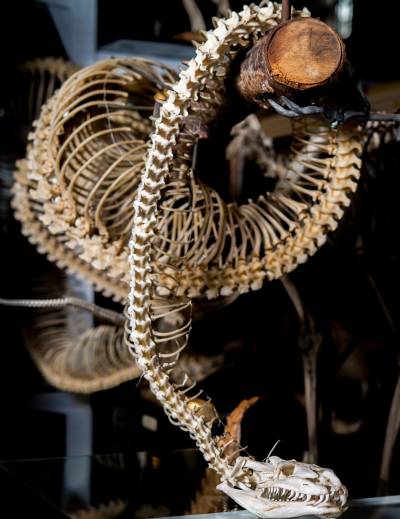 This massive snake arrived as a whole specimen in the 1960s having died at London Zoo. When it reached the Museum a huge amount of work was required to remove the flesh in order to prepare the skeleton. Sadly the skin was in a poor condition and could not be preserved. Due to the size of this snake, much of the preparation work had to be carried out on the flat roof of the Medawar Building at UCL, where the Museum was housed from 1933 to 1997 (though it was evacuated to Wales during WW2).

The specimen is from an African rock python Python sebae. Adults grow up to 6m in length, placing it in the top five longest snakes in the world, and the largest in Africa.

The brown and black patterning on the body camouflages it in its natural habitat, allowing it to stalk and ambush prey.

Pythons are not venomous but instead hunt by wrapping its muscular body around its prey causing suffocation.

To date, this specimen was documented in the collection as a green anaconda. 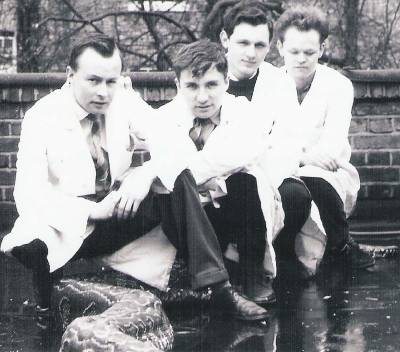 After visiting this page a member of the public got in touch to suggest that from these photos the snake in question looks like an African rock python (Python sebae) and not like an anaconda at all. Anacondas have a spotted pattern along their backs, the pattern in this specimen especially the head make it almost a certainty that this snake is an African rock python.

Following this query, the curator managed to contact some of the technicians in the photographs who maintain that they were told by London Zoo that it was an anaconda and until now this was never questioned. London Zoo have been contacted to see if records exist there as to the true identity of this iconic specimen. 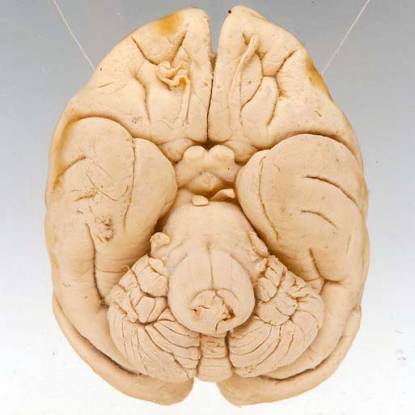 The Brain Collection
An unusual comparative anatomy collection displaying the differences between the brains of a number of mammals and a reptile. 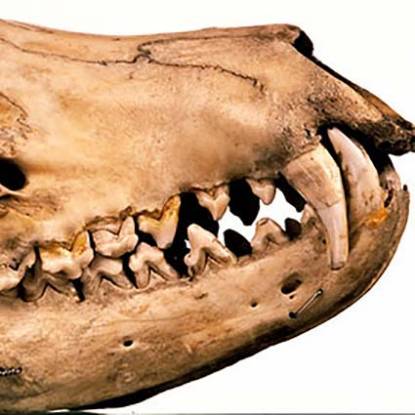 Thylacines
These dog-like carnivorous marsupials were deliberately driven to extinction in 1936. The Museum houses extremely rare preserved dissections and skeletons.
Subscribe to our newsletter