H Is For Hostile Environment

Edwin Mingard and Keren Weitzberg conceived of a moving-image piece that would explore migration and asylum seeking in East London. Whilst the project was borne from overlapping professional interests, they also saw it as a chance to work in a mutual way with partners whose lives and work had been shaped by the UK’s border regime, providing a platform to tell a story with multiple voices and narratives.

The piece has been co-produced in close dialogue and collaboration with those who have first-hand experience of migration as well as those who are actively challenging the Home Office’s draconian and surveillance-intensive policies. The themes and topics that emerged from these collaborative sessions came to dramatically reshape the piece. What emerged was differing stories of navigating life in East London, carving out spaces and forcing open pathways amidst xenophobia, bureaucratic pressures from the Home Office, border violence, and loss and nostalgia for ‘home.’ Some of these stories are intergenerational; some are set in the past; others focus on the present. They speak to the tensions between hostility and hospitality that have long shaped and reshaped East London.

We see this work as a way of turning the lens on the hostile environment policy, which is bringing devastation to so many and increasingly outsourcing immigration enforcement onto society at large. But rather than telling a story of assimilation or multiculturalism (a story of minorities ‘fitting into’ East London), this piece is focused on the ways that London itself is remade in spite of barriers to inclusion. Migrants, asylum seekers, and their advocates are envisioning alternative futures for Britain, actively wrestling with the hostile environment policy, and trying to find more just, if messy answers to the question of who is welcome. 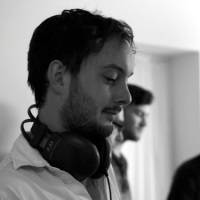 About the Director, Edwin Mingard

Edwin Mingard (b. London, 1984) is a visual artist with a complimentary curatorial practice. He works principally with moving image, making standalone artists’ film and installations. Mingard's work often experiments with mainstream and accessible forms – borrowing from documentary, music video, magazines, for example – made in collaboration with a community or interest group, exploring an issue of shared importance and broader social relevance.

His work aims to celebrate and make visible the joy of the making process itself and explore its value as a tool for individual and social change.

Edwin Mingard is a Bloomberg New Contemporaries 2020 artist. His most recent work, An Intermission, recently received a Jury Special Mention at IDFA (Amsterdam) and was longlisted for the Aesthetica Art Prize. www.edwinmingard.com 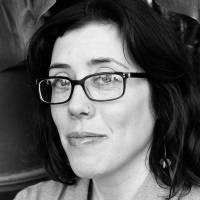 Keren is an interdisciplinary historian who works at the intersection of science and technology studies, migration studies, and critical race studies. She examines problematics related to mobility, digital identity, and biometrics. Her recent work explores the history of biometric identification in Kenya and the impact of new digital identity systems on those at the political and economic margins.

Her work has been funded by the British Academy/Leverhulme Trust, the American Council of Learned Societies, the Fulbright Program, and the Alan Turing Institute. She has also done consultancy work for Privacy International and Amnesty International. www.kerenweitzberg.com 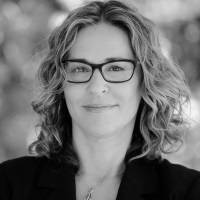 About the Producer, Elizabeth Benjamin

Elizabeth Benjamin is a UK based filmmaker working on art films and documentaries, with bold subjects, social issues and new formats. With satellite, she is Producer of An Intermission (a Guardian/ Joseph Rowntree commission) and Executive producer of three SKIP/INTRO emerging artist film commissions.

She is part of the ‘Impact Producers Group’, a global network that designs and executes social impact distribution campaigns. She is a ‘Sheffield Doc/Fest Future Producer’ 2017 and has an MA in Material and Visual culture, Anthropology from UCL. www.elizabethbenjamin.org

satellite is an award-winning production company specialising in artists' moving image. Our work is socially engaged, with a focus on the intersection between technological and social change. Our portfolio includes short and feature length film and video work, as well as moving image installation, documentary and music video. www.satellitefilms.org