Why does power corrupt?

It’s a big and important question. 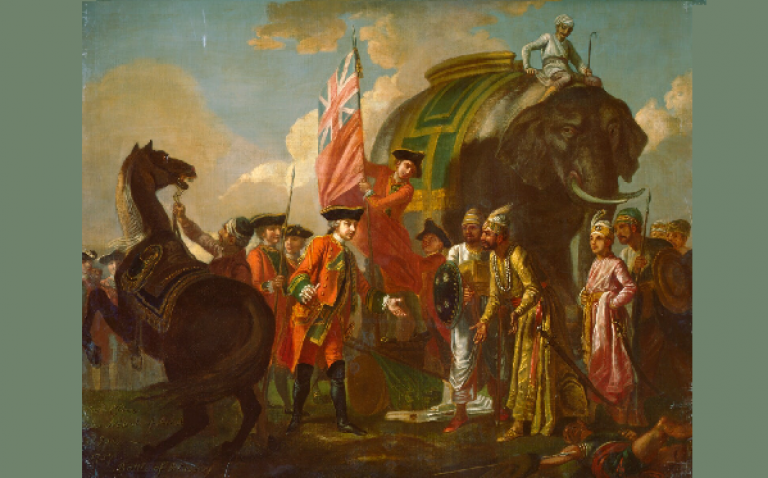 Image credit: National Portrait Gallery. Robert Clive, Mir Jafar and his son Mir Miran, with a number of British and Mughal attendants, after the Battle of Plassey, 1757 by Francis Hayman. Oil on canvas, circa 1760

It’s one that could be answered in many different ways, depending on who you ask: a philosopher might have a very different answer to someone who studies politics or psychology, for example. I’m answering as a historian and my answer is based on an example from the kind of history I know best - Indian history.

Are these aims and objectives compatible? What happens if your desire to make profit meets the power to control the people from whom you’re buying goods (and from whom you also collect taxes)? Maybe you’d abuse your power to tax people by raising taxes really high so that you had more cash to buy even more goods and thereby make even more profit. Maybe you’d abuse your position as an arbiter of security and prosperity and instead exploit workers, forcing them - by using violence - to give you what you want (at prices you want). Maybe you’d do something less obvious, like give yourself or your friends lucrative contracts, or accept bribes.

Accusations that men working for the East India Company in India were doing these kinds of things arose not long after it became a political power. These were voiced in the British parliament and the most famous outcome was the impeachment of Warren Hastings on charges of corruption. You can read more about the Impeachment of Warren Hastings online. The result was that the Company was gradually forced to give up some of its trading privileges and only concern itself with government, thereby eliminating some of the conflict between business interests and public interests.

This is only one example of how and why power can corrupt. But it’s one that resonates with recent events, such as the accusation that the former prime minister, David Cameron, and the current prime minister, Boris Johnson, have used their power and position to to support their friends’ businesses or to embetter themselves. To learn more about this story, read this article.