Kicking off the new academic year at the Cosmoparticle Initiative 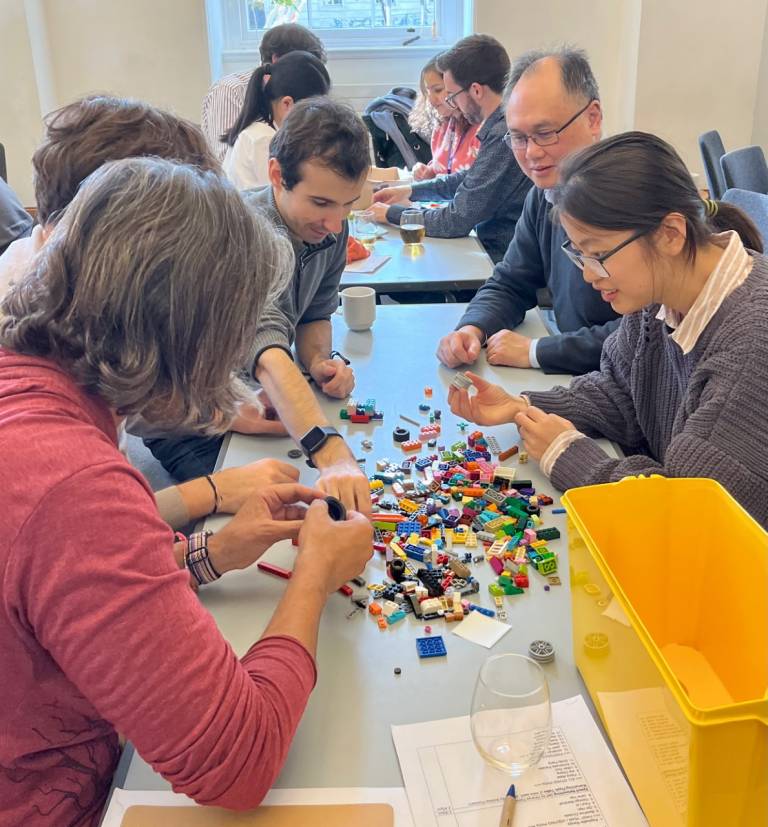 At an event in UCL’s Haldane Room, 28 staff, postdocs and students gathered to meet, form new connections, hear about the diverse research in the Initiative – and build Lego!

Flash talks were delivered by 16 Initiative researchers. Then the Initiative divided into five teams, with each building a Lego telescope or experiment. The winning construction was selected by former Steering Group member Prof Richard Ellis. 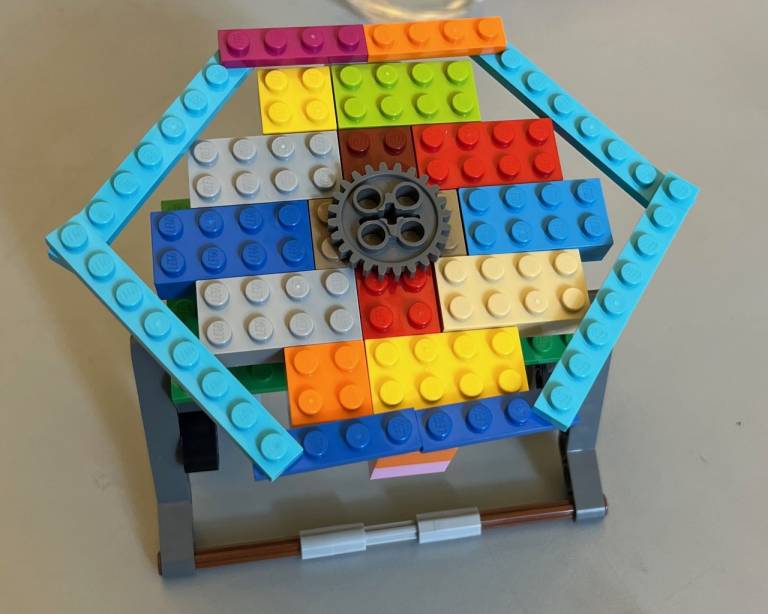 The winning Lego, the “ν-dle“, represents a far-future Mars rover sending a jet of neutrinos from Mars to be detected by IceCube at the South Pole. The name “ν-dle” reads “noodle”. ν is the Greek letter used to symbolise neutrinos.

The event was also designed to focus minds around future topics for interdisciplinary collaborations. New Cosmoparticle PhD student Beatrice Crudele said, “Aside from the fascinating research happening, I thought Lego was a great way into team building”.

Cosmoparticle Initiative co-director Andrew Pontzen said “it was brilliant to see new and familiar faces, when so much of the last two years has been conducted online”. Hiranya Peiris, co-director, added “a breathtaking range of research was presented, and the event was energising and fun.”.