Professor Hiranya Peiris (UCL Physics & Astronomy) has been elected as a foreign member (Physics class) of the Royal Swedish Academy of Sciences in recognition of her outstanding research achievements. 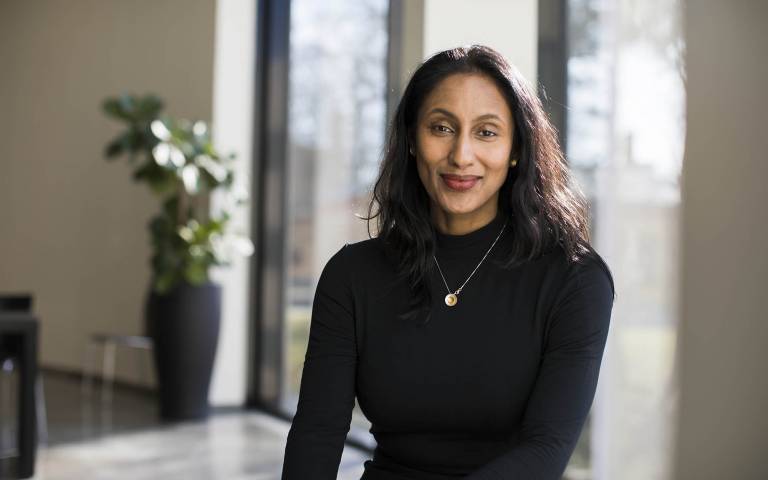 Founded in 1739, the body is one of the oldest scientific academies in the world. It is responsible for awarding the Nobel prizes in Physics, Chemistry and Economic Sciences.

The academy noted that Professor Peiris had made “significant contributions to cosmology by combining observations with theoretical physics research and advanced data analysis”.

The Academy consists of approximately 460 Swedish and 175 foreign members.

Professor Peiris said: “I am incredibly honoured and deeply appreciate the welcome and support the Swedish research community has given me.”

Professor Peiris is best known for her work on understanding the physics of the very early universe, particularly using the cosmic background radiation (light left over from the Big Bang). The aim of her research is to gain a greater understanding of the fundamental physics that governs the evolution of the universe - from its very first moments to today. Her work also has the potential to uncover what dark matter and dark energy really are.

At UCL, Professor Peiris is Co-director of the Cosmoparticle Initiative, a programme linking cosmologists, high energy physicists and space scientists at UCL Physics & Astronomy and the Mullard Space Science Laboratory, bringing together the study of the very large (the universe) and the very small (elementary particles).

In addition to her appointments at UCL, Professor Peiris was Director of the Oskar Klein Centre for Cosmoparticle Physics in Stockholm until 2022, and currently leads a European Research Council Advanced Grant project at Stockholm University.

Professor Peiris is also the recipient of the 2021 Eddington Medal from the Royal Astronomical Society, the Max Born Medal and Prize 2021, and the Göran Gustafsson Prize in Physics 2020, among other awards.