Andreu Font-Ribera, a founding Core member of the Cosmoparticle Initiative, returns to his home town of Barcelona to take up a post at the Institut de Física d'Altes Energies as Staff Scientist, to continue his research on observational cosmology 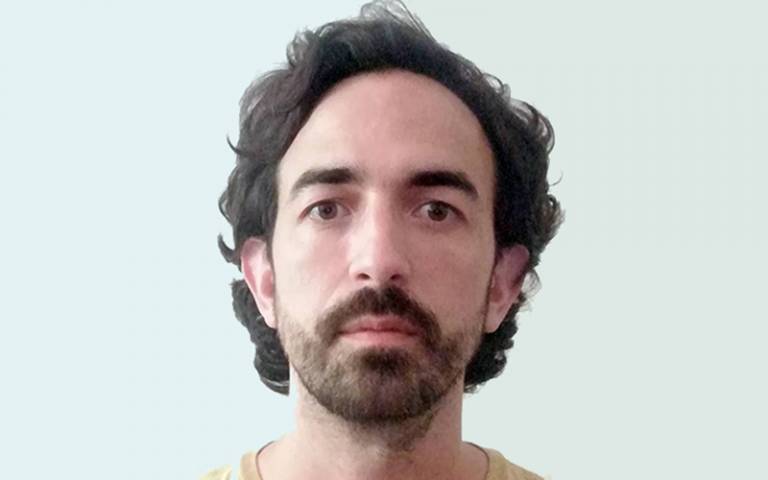 Andreu’s early career began in the Institut de Ciencies de l’Espai, Barcelona, the University of Zurich, and the Lawrence Berkeley National Laboratory, joining UCL in 2016 as an STFC Ernest Rutherford Research Fellow in the Astrophysics Group at UCL. His current research interests include the study of the large-scale structure of the Universe, in particular using data from spectroscopic surveys, like the Dark Energy Spectroscopic Instrument (DESI).

Q. In your last interview for CPI News, you said you were interested in exploring new topics with researchers in UCL – how did that go?

During my time at UCL I was able to start a new line of research: the study of how the large-scale distribution of mass in the Universe can be used to measure the mass of the neutrinos, the lightest particles known. This exciting project is being led by Chris Pedersen, a PhD student funded by a Cosmoparticle studentship, and the end goal is to use data from the future DESI surveys to weigh these tiny particles. "Neutrinos @ UCL" was also the name of the first CPI research workshop we organised, in 2018, and it was great to hear about others at UCL working on neutrino physics from different angles.

Q. You were hoping to work with UCL students; was that possible?

I was able to work with several MSc and MSci students on different projects. The latest example of this is Louise Seeyave, who has just finished her MSci thesis on the modelling of the distribution of neutral hydrogen in the Universe. I believe that with small additions we can get her thesis published in a scientific journal.

Q. Looking back at your time at UCL and the Cosmoparticle Initiative, which of your achievements stand out for you?

A few months ago, we submitted the final cosmological results from the SDSS collaboration, summarising a tremendous amount of work by hundreds of scientists around the world, during more than a decade. I started working on this project in 2008, as a first-year PhD student, and I had been heavily involved in the project since then. I was very pleased when I was asked to write a couple of sections of the overview paper, discussing the historical role of the SDSS measurements in the advances in cosmology during the last decade. It has been a great adventure!

Q. And looking forward, what do you hope for in your new role?

Just like the CPI at UCL, my new institution IFAE explores the connection between particle physics, cosmology and astrophysics. I have already started discussing new and exciting projects with different people, like the group working on the Euclid satellite or the group working in gravitational waves in the Virgo collaboration.

I am also looking forward to settle back to my home town, Barcelona, after 9 years living abroad. I am sure I will often miss London and its beautiful parks, but luckily, I will be able to visit quite often.

Q. What is your take away from your time in UCL?