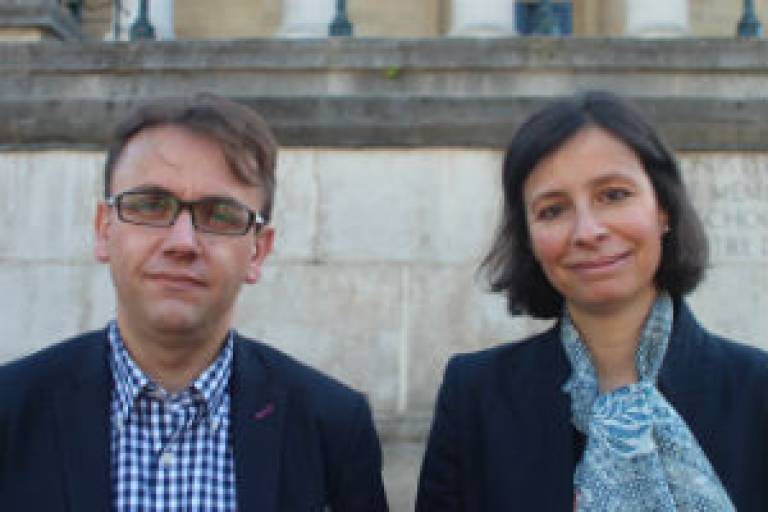 Announcing the two appointments, UCL President & Provost, Professor Michael Arthur, said: "We are delighted to appoint such an inspiring academic team to lead the development of our exciting academic vision for UCL East. Focusing on cross-disciplinary UCL expertise across the themes of Experiment, Art, Society and Technology (EAST), UCL East will create a more open environment than the traditional university campus, radically reinventing the way that UCL connects with the world".

Professor Lettieri is currently Professor of Chemical Engineering and Vice-Dean (Strategic Projects) in UCL Engineering Sciences. A UCL PhD, with five years industrial experience at BP, Professor Lettieri joined UCL in 2001 as a Research Fellow of the Royal Academy of Engineering, the first female engineer to be awarded the Academy's RAEng Fellowship. As a Professor of Chemical Engineering, she won a prestigious Senior Research Fellowship from the Royal Academy of Engineering and the Leverhulme Trust for her work on nuclear waste management. She has played a key role in the development of the UCL East project since 2014, leading the development of the engineering activities at the QEOP, working with the Faculties across UCL, and engaging with the V&A and the London Legacy Development Corporation (LLDC).

Professor Hudson-Smith is Director of the UCL Bartlett Centre for Advanced Spatial Analysis (CASA). Professor of Digital Urban Systems at The Bartlett, Professor Hudson-Smith is Editor-in-Chief of Future Internet Journal; a Member of the Greater London Authority Smart London Board; and is academic lead for The Smart Queen Elizabeth Olympic Park project on behalf of LLDC. With a research focus on location-based digital technologies he has been at the forefront of web technologies for communication and outreach, linked to the digital built environment.

The two appointees will take up their new roles from 1 August. UCL plans to announce the appointment of the design teams for the first phase of UCL East later this month and the academic and master planning processes will be brought together to shape the planning submission for UCL East. This will be submitted as part of the wider planning proposal for the cultural and education district around Queen Elizabeth Olympic Park in December.

Further information on UCL East is available on the project overview page.