Legislative Committees at Westminster: The Case for Reform

The legislative process in the UK House of Commons has long been criticised, in particular with relation to its committee stage. Almost uniquely amongst established, developed parliamentary democracies this is taken in non-specialist and temporary ('public bill') committees, rather than specialist, permanent committees. In contrast the Commons 'select committees', responsible for oversight of other aspects of policy, are specialist and permanent, and are well-respected.

The central objective of this project was to contribute to the evidence base in support of reform of the way in which the House of Commons deals with legislation, by investigating how legislative committees function in other jurisdictions. We focussed on how best practice can be built upon, adapted and incorporated into the British parliament. A report has been produced to inform the work of reformers, both inside and outside the House of Commons.

This project was funded by the Joseph Rowntree Charitable Trust. The project was led by Constitution Unit's Meg Russell, and the other researchers are Dr Phil Larkin and Dr Bob Morris.

This project also shares many themes with our research into the policy impact of the British parliament, which Meg Russell is concurrently pursuing in other projects. For more information, click here.

Read the final report for this project, launched 10th June 2013. 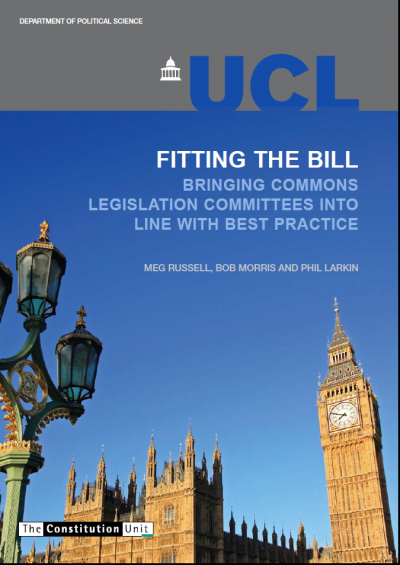 The report summarises the perceived difficulties with current arrangements, reviews previous reform proposals, and looks for inspiration to legislation committees in other parliaments. It concludes that the House of Commons' legislation committees are increasingly out of step, not only with international best practice, but also with the chamber's own well-respected select committees. The report therefore makes proposals for reform, suggesting some immediate changes plus piloting of three different models of legislative committee.

Within days of publication of our report, the House of Commons Procedure Committee announced a new inquiry into the constitution and membership of public bill committees.

The first witnesses were the Unit's Meg Russell, along with Professor Tony Wright (former MP and chair of the Reform of the House of Commons committee 2009-10). The session made extensive reference to the report and its recommendations, discussing issues such as how members of public bill committees are chosen (and suggestions that the Committee of Selection might be reformed, and/or its proposals be put to the chamber for approval), and the merits of larger-scale reform such as moving towards permanent, specialist legislation committees of the kind that exist in many other parliaments. 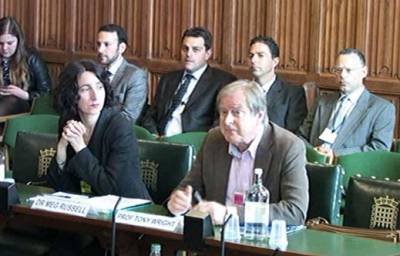 Watch the session or read the transcript.

The recommendations for changes to the membership of public bill committees were also emphasised by Meg Russell in both written and oral evidence given to the Commons Political and Constitutional Reform Committee's inquiry into 'Revisiting Rebuilding the House: the impact of the right reforms'. The committee's report, published in July 2013, cited this evidence in calling for for changes to committee appointments (recommendation 36) along the lines that she proposed. Meg Russell's oral evidence can be found at the back of the committee report, and her written evidence in its companion volume.

The UK’s constitutional norms and standards took a severe battering under Johnson: Labour should pledge to restore the system

Must a caretaker government be a zombie government?

Prime Minister Liz Truss and the short, unhappy fate of the ‘takeover leader’

Boris Johnson and the myth of ‘getting Brexit done’

Constitutional standards matter: the new Prime Minister must not forget that voters care about the honesty and integrity of their leaders

As the House of Commons begins to look at a new employment model for MPs’ staff, we should look to other legislatures to see what we can learn from them