Alan Renwick gave evidence to the Public Bill Committee on the government’s Elections Bill on 16 September. 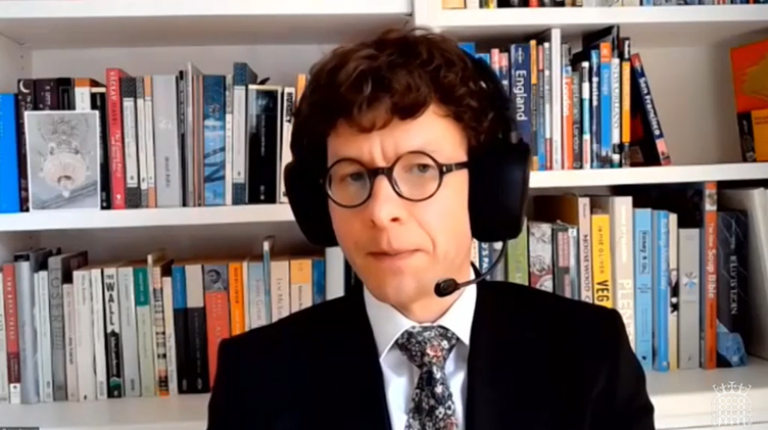 Deputy Director of the Constitution Unit Dr Alan Renwick appeared before a Public Bill Committee on 16 September to provide evidence on the government’s proposed Elections Bill which is currently going through the House of Commons.

Dr Renwick explained that, unless the Scottish and Welsh Parliaments pass legislative consent motions, the ‘strategy and policy’ statement will violate the Sewel Convention, as many electoral matters are devolved. The Commission is partly funded by the Senedd and the Scottish Parliament and receives instruction from them. Dr Renwick proposed a review of the governance of the Electoral Commission in light of the devolution of electoral matters: the last review was conducted in 2007, before that devolution occurred.

Dr Renwick highlighted that the current composition of the Speaker’s Committee is contradictory to the principle of independence. For the first time ever, the majority of its members are from a single party, and in this case, the ruling party. Dr Renwick suggested that legislative action is needed to ensure that this does not happen again.