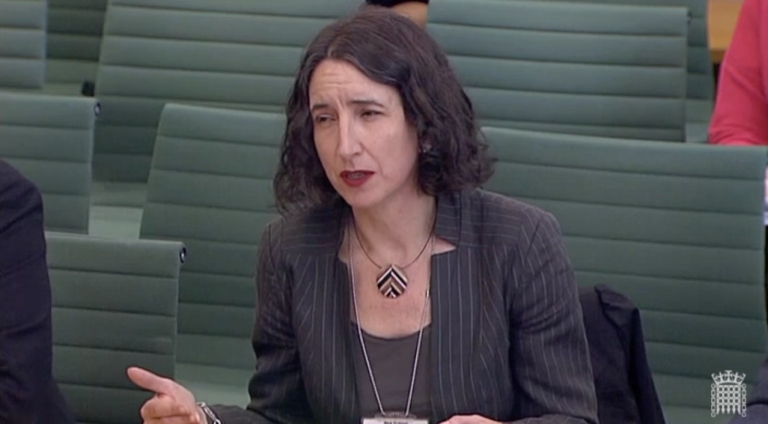 On 29 April 2019 Constitution Unit Director Professor Meg Russell gave oral evidence to the House of Commons Liaison Committee. The Committee, which coordinates and reviews the work of the chamber's committees, is currently conducting an inquiry into the effectiveness and influence of the select committees, 40 years on from the establishment of the departmental select committee system and 10 years on from proposal of the 'Wright committee' reforms into how committee chairs and members are chosen. Meg appeared alongside Dr Hannah White, Deputy Director of the Institute for Government, Dr Ruth Fox, Director of the Hansard Society, and Professor Tony Wright, former chair of the Select Committee on Reform of the House of Commons ('Wright committee') and Emeritus Professor of Government and Public Policy at University College London.

Watch a short video of some key points that Meg made:

Read a summary of all the key points from Meg's evidence:

On the issue of committees' relationships with the public, Professor Russell noted that

Regarding the process of giving evidence and the autonomy of committees, she argued that

Concerning accountability she commented that

Concerning influence, she concluded that

Click here to watch the full evidence session on Parliament.tv >