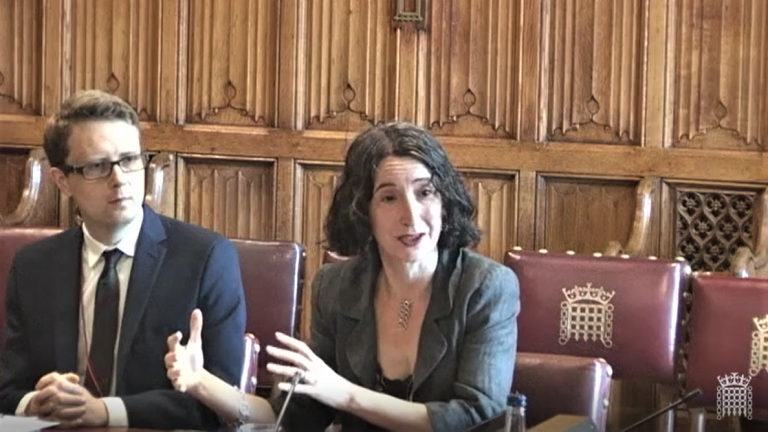 On 6 June, Constitution Unit Director Professor Meg Russell gave oral evidence - along with Daniel Gover (co-author of their book Legislation at Westminster) and Dr Ruth Fox (Director of the Hansard Society) - to the Constitution Committee's inquiry into the legislative process. In 2016, the four-stage inquiry was launched to follow up the Committee's 2004 report on Parliament and the Legislative Process. The Committee produced its first-stage report on preparing legislation in 2017, and is now taking evidence on the passage of legislation through parliament.

A video recording of the session (link below) is available on the parliament website, and some key points from Meg Russell's evidence are summarised below.

Drawing on findings from her book she argued that:

On the power of select committees, Professor Russell argued that:

On the contribution of the two chambers of parliament she argued that:

Further details can be found in Meg Russell and Daniel Gover's written evidence to the Constitution Committee inquiry, in the video of the session, and in their book (see links below).