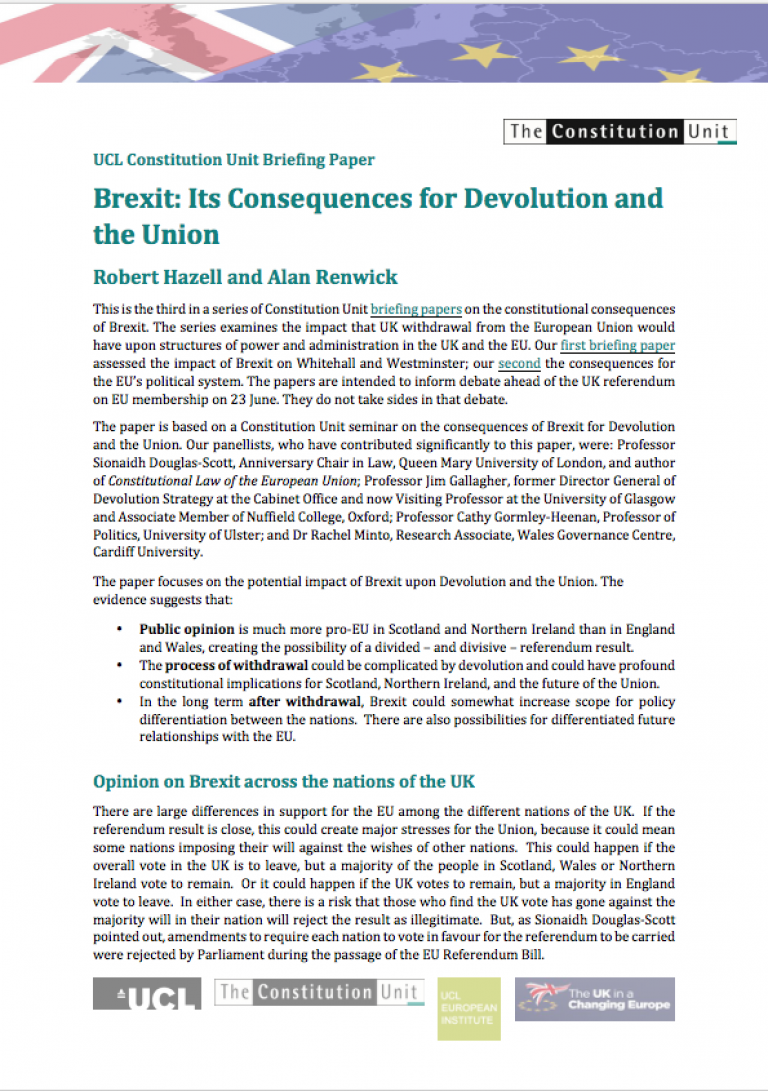 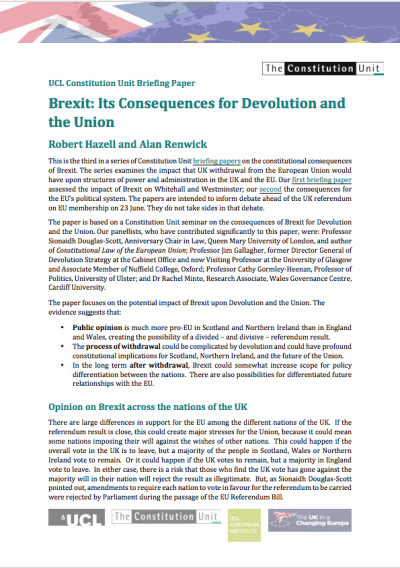 On 19 May, the Constitution Unit hosted its third Brexit seminar. Our panellists Professor Sionaidh Douglas-Scott, Queen Mary University of London, Professor Jim Gallagher of Nuffield College, Oxford, Professor Cathy Gormley-Heenan, University of Ulster, and Dr Rachel Minto, Cardiff University discussed the impact that Brexit would have on Devolution and the Union. This briefing paper, written by Robert Hazell and Alan Renwick, explores this topic in further depth. It opens by explaining that public opinion is much more pro-EU in Scotland and Northern Ireland than in England and Wales; this creates the possibility of a divided, and divisive, referendum result if the different nations in the UK vote in different ways. The paper then discusses the process of withdrawal, how the devolved nations would be represented during the Brexit negotiations, and whether a vote for Brexit would trigger a second independence referendum in Scotland. It concludes by considering the long term policy consequences of Brexit, in terms of the scope for greater policy differentiation between the different nations of the UK, and the scope for the devolved nations to develop different relationships with the EU.

The paper is part of a wider project on the UK and the EU. The project consists of a series of four seminars, with each seminar followed by a briefing paper and video on the same topic. In June there will be one more seminar and then a major debate, prior to the referendum. Details of all the events and publications can be found here.