Press Release: Scotland, Wales and Ireland point to how governments should be formed in hung Parliaments 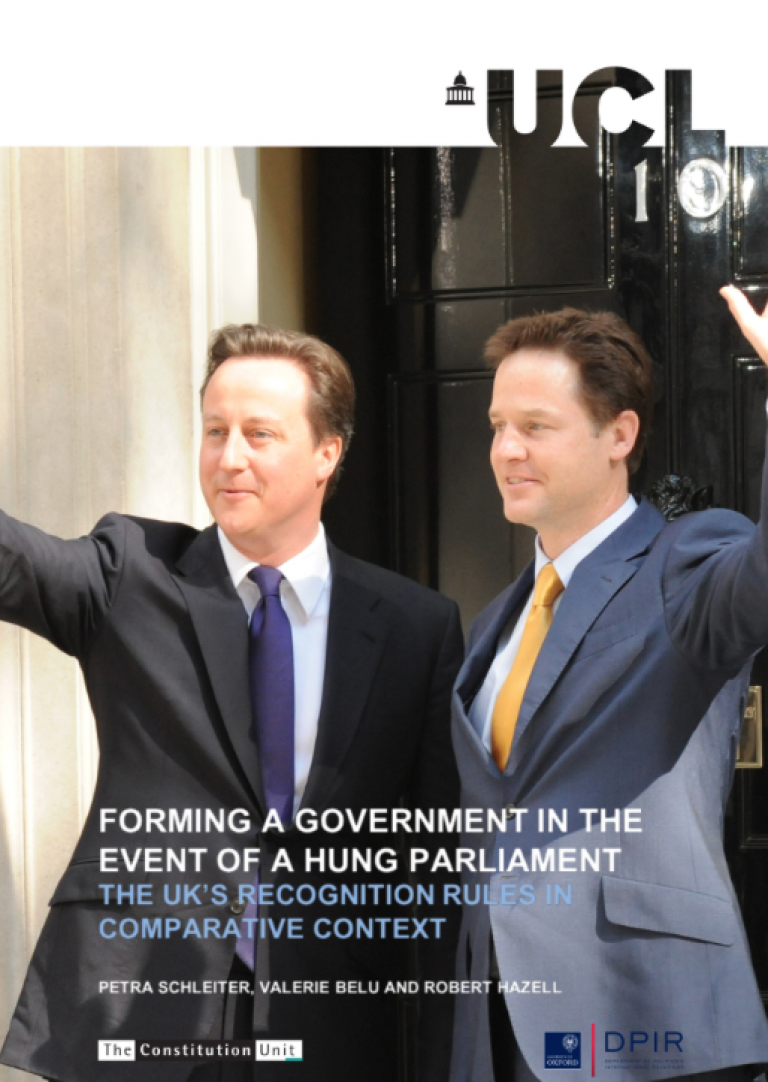 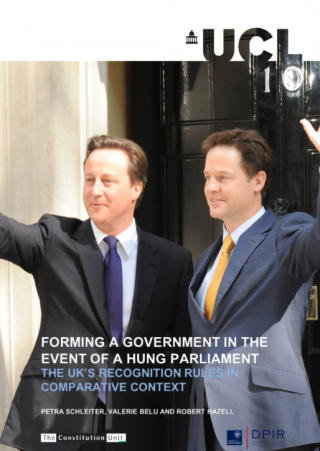 In their recent elections Scotland, Wales and the Republic of Ireland all saw the return of a hung Parliament in which no party gained an overall majority. Under their constitutions the first business of the newly elected Parliament is to elect the head of the new government. That is what happened in Ireland on 6 May, and this week in Scotland on 17 May and in Wales on 18 May. In a new report published today by the Constitution Unit at UCL and the Department of Politics at Oxford University the authors suggest that is what should also happen at Westminster. Instead of the Queen having to decide who should be Prime Minister before Parliament meets, the first business of a newly elected House of Commons should be to select the Prime Minister, who would then be formally appointed by the Queen.

"In the 2015 general election we had a narrow escape, when the polls suggested a very close result" said report author Prof Robert Hazell. "Although the Cabinet Manual says it is for the political parties to negotiate to work out who can command confidence in the new Parliament, there is a risk of confusion and uncertainty if both the main parties can credibly claim to be able to form a government. The only reliable way to determine who can command confidence is a nomination vote in the House of Commons. That is a quicker and cleaner solution than the traditional vote on the Queen's Speech as the first test of confidence in a new government".

"We have a lot to learn from other European countries, which have hung Parliaments most of the time" added report author Petra Schleiter. "Over the years they have developed constitutional rules to guide who will be asked to form a government, and in what order. Scotland, Wales and Ireland point the way. They all require the newly elected parliament to select the head of the new government as their first piece of business. To protect the Monarchy from being drawn into political disputes, that is what should happen at Westminster".