London Hopper colloquia are annual events that bring women in Computer Science together. The events feature female speakers from academia and industry and presentations by female PhD and MSc students. 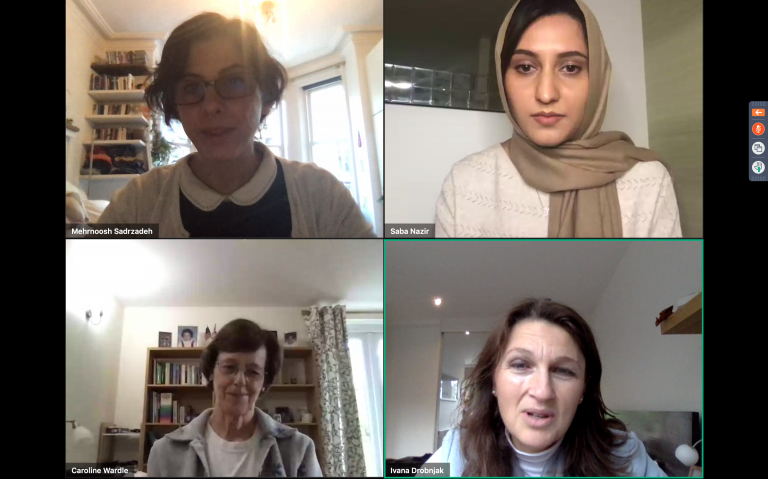 The 2020 London Hopper colloquium took place on October 28th this year. The Hopper colloquia are annual events that bring women in Computer Science together. The events feature female speakers from academia and industry and presentations by female PhD and MSc students.

2020 London Hopper
The 2020 London Hopper saw a couple of firsts; the event is traditionally hosted at the BCS headquarters. As with most events in 2020, we had to move to an online platform, (provided by BCS via the GoToMeeting online platform). So, we saw our first online London Hopper event. Rather apt for an event aimed at female computer scientists!
Secondly, moving the event online, meant a wider audience with attendees registering from around the world. Thirdly, and more importantly, we changed the definition of ‘women’ and ‘female’ to one that reflects inclusivity* and for the first time, the event featured a non-binary speaker. Lastly, since we saved on catering and travel reimbursement costs this year, we were able to increase the competition cash prizes by 30%.

As in previous years, we had four speakers; an industry speaker: Sharon Moore, MBE (IBM), and three from academia: our own Prof Emine Yilmaz from UCL CS, Dr. Rebecca Stewart from Dyson School of Engineering at Imperial College, and Dr. Miriam Backens from CS Birmingham.

In order to compensate for the lack of interaction between attendees that would take place had the event taken place in person, we created a Slack channel and a Facebook page. It was lovely to see so many nice comments on Slack, e.g. one attendee applauded the range of topics presented in the talks by saying that they enjoyed “the variance of the presentations”.

Speakers used Slack to instantly share slides, provide further details about their research and answer extra questions. For instance, our IBM speaker, Sharon Moore MBE, directed the attendees to IBM’s Policy Lab and details of the blockchain research on tracing red meat. Sharon guided the students on how to choose their research topics if they want to make a difference in day to day life.

Quotes from guest speakers include:

“thank to all the organisers for putting together such a nice and important event. I think having such events are invaluable to form a community and support network, especially at times where we are not able to meet much in person.”

“I was inspired - a huge thanks for including me in this event, it was a privilege.”

“Congratulations! London Hopper was the first webinar colloquium I have attended, and I thought it was excellent. All the speakers and the Spotlight recorded videos were good. Everything went very smoothly thanks to your preparation and hard work.”

The event opened with a welcome from Dr. Mehrnoosh Sadrzadeh of PPLV group, UCL Computer Science. Mehrnoosh chaired the 2020 London Hopper and led its organising team.

Prof Caroline Wardle
This was followed by an opening talk, presented by Prof. Caroline Wardle
Caroline was the first full-time female faculty member at CS in Boston University, and a visiting Professor at UCL and QMUL. She has been influential in defining and implementing high-quality degree programmes in CS and has led various universities to EDI awards.
Caroline is one of the driving forces behind the London Hopper colloquia and obtained the bulk of its initial funding.  She told us about Admiral Grace Hopper, who would always wear her army uniform to the talks and carry a piece of optical cable with her, the history of Hopper, Hopper in Scotland, and the London Hopper colloquia.

Sharon Moore, MBE. IBM
Sharon is CTO at IBM, deputy chair of BCSWomen, and leads the BCSWomen in Scotland. She has appeared in Computer Weekly Top 50 Women of Influence and was number 18 in 2019.
Sharon told us what innovation means. She took us through IBM research on how to use AI to improve life conditions, with the notable “farm to fork” example of using blockchain technology to trace red meat.

Prof Emine Yilmaz, UCL
Winner of prestigious awards such as Karen Sparck Jones, Google Faculty Research and Bloomberg Data Science Research. Emine took us through her research on task oriented search on internet and how to automatically identify fake news.

Dr Miriam Backens, University of Birmingham
An early career scholar with a maths, physics, and CS background from Cambridge and Oxford and winner of the Career Development Fellowship at Balliol College Oxford, Miriam spoke about the links between quantum and classical complexity through the holography and entanglement.

Dr Rebecca Stewart, Imperial College London
Rebecca’s first degree was in music. She was a key figure in the Centre for Digital Music at QMUL before moving to Imperial College. Becky presented her research on the challenges around producing and using electronic textile. We heard about trousers that can reveal the amount of stress the wearer is under and even parts of their character, whilst sitting on a chair at an interview. Jackets with wearable technology with which you can control your phone and amenities inside your house.

Saba Nazir, PhD student in PPLV, chaired the Spotlight Competition. This year, we received a record number of abstracts from PhD and MSc research students from 16 UK universities; 12 of these were chosen as finalists and presented their research in four-minute slots.

It was a close competition with a few ties, in both the Judges’ Panel and the People’s Vote (via an online poll during the event). 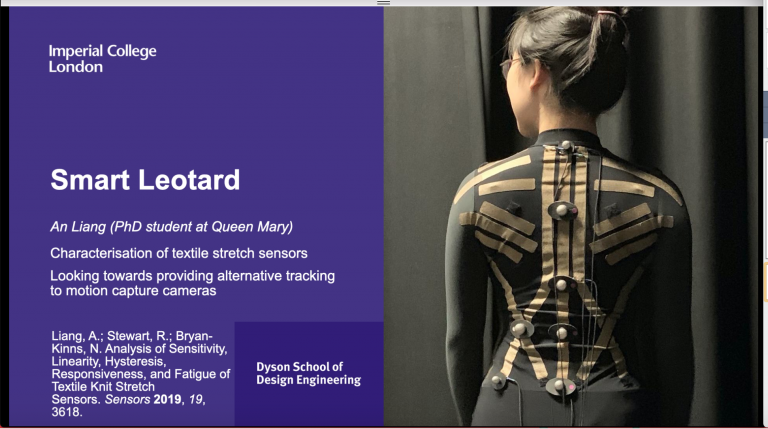 Congratulations to all the winners! Thank you to all competition particpants and to all who submitted an abstract for consideration. The standard was impressive.

We look forward to welcoming you to the 2021 London Hopper, next year!

2020 London Hopper was organised thanks to collaborative work. Thanks to all involved. From UCL; Mehrnoosh Sadrzadeh, Saba Nazir, Tanya Nyakudya and Christina Rainbow. Vajeeha Farooq who helped enormously in advertising the event, setting up EventBrite, and keeping registrants constantly informed, Caroline Wardle for providing guidance at many different levels.

John McNamara at IBM, for helping secure a speaker and sponsorship of competition prizes.  Finally, thanks to the BCS organising team, including Hayley Sully, who helped set-up the BCS event page and webinar system.

*Please note that London Hopper uses an inclusive definition of “woman” and “female”, which means all individuals who identify fully or partly as women. We also welcome non-binary people to attend and present, and everyone is welcome to attend as an audience member.