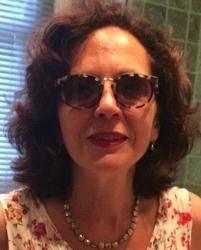 Research supervision: I welcome phd students with interests in any of the above areas. Topics I have supervised include Sulpicia and her Reception; Greek myth & history on film; the divinity of Augustus in Roman poetry; translations of Ovid's Ars Amatoria in early modern England; Roman emotions and Ben-Hur in literature, on stage and on screen; Thermopylae in Hollywood cinema; the concept of the mirror in Graeco-Roman culture; the modern reception of the myth of Scylla; the reception of Julius Caesar from Tiberius to Trajan. I regularly co-supervise with colleagues in other departments, such as Archaeology, Anthropology, English and Film Studies. I also welcome visiting research students, and topics of visiting students I have supervised include Latin love poetry; Roman drama; Caesar's de bello Gallico; Roman warfare on film and television; the Ides of March in contemporary culture.

At undergraduate level, I am teaching Roman love poetry (which situates the poetic language of love in its specifically Roman historical context, and relates it to Roman attitudes to gender, sexuality, morality and politics). At MA level, I direct the core course for our degree in The Reception of the Classical World that considers the importance of Reception Studies for Classics, and investigates case studies of reception from within antiquity to the twenty-first century (from literature to political and intellectual thought, visual arts to museum exhibitions, theatre to film and television). I also teach an MA module on Ancient Rome on Film (from early experiments through to the modern blockbuster, we explore what distinguishes cinematic histories of Rome from other historical forms and why they matter).

I was born in London to a Mexican mother and an Australian father. Educated at Catholic schools, I studied Classics at Oxford (where I began ancient Greek) and then at Cambridge. My interest in gender, sexuality, and desire in Roman love poetry was encouraged by the supervision of John Henderson, and from contact with enthusiastic and welcoming academics in the United States. After a year out to study film and television at the British Film Institute (1992-93), I went to the University of Reading, where I was fortunate to pursue my dual interest in Rome on film and Latin love poetry, both in teaching and research.

I arrived at UCL in September 2005 as Chair of Latin where I have been developing and enhancing the department’s interests in both Latin Literature and Classical Reception Studies. I was a member of the Executive Board for UCL's Grand Challenge of Cultural Understanding (GCCU) and was the Co-Director of the Centre for Research in the Dynamics of Civilisation 2013-2017 (CREDOC) and I was Sub-Panel Chair for Classics in the REF 2021 assessment exercise .

This project makes a vital contribution to the field of popular receptions of classical culture. It explores how and why film constructs a richly imagined, immersive Roman world and investigates how millions worldwide have experienced that past world. The regular screenings run in association with the project make accessible to an international public a significant body of archival films that constitute a rich yet fragile cultural heritage in urgent need of restoration.

The project Audio-Visual Romans, supported by the UCL Cities partnership Programme and in collaboration with Monika Woźniak of Sapienza (University of Rome), explores the imaginative power of modern audio/visual media to shape our perception of the past. For consumers across the globe, it is often in A/V media that they find their most personal and seemingly authentic experience of ancient Rome. The project’s first conference in 2018 was dedicated to Nero, the second conference in 2021 was dedicated to Julius Caesar. The conference in May 2022 concerns the women of the Roman world.

Podcast on Rome and cinema in University of Exeter series The Distant Pasts: Adventures in an Alternative Antiquity (2016)

BBC Radio 4, In Our Time