The project is now complete, the centre ran its activities from October 2013 to July 2018 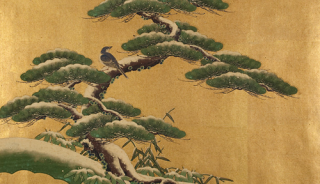 In China, the Middle East and Africa, the concept of civilisation is being reinvented in ways that need to be researched and understood.

There is widespread dissatisfaction in those regions with the traditional concepts of long-term social, economic and historical change that took form within the nations and empires of Europe during the eighteenth and nineteenth centuries. Ideas of 'society', 'culture' and 'nation state' are now being openly questioned and even rejected both within and outside Europe, yet they continue to inform the research activities of the social, historical, and political sciences, and the arts and humanities. Concepts of 'civilisation' that operate above and beyond the nation state are now being revitalised in order to help shape and legitimate the unity or the diversity of newly emergent political and economic blocs in Asia and Africa. Researchers therefore need to engage with the dynamics of civilisation if we are to understand the global play of politics in the twenty-first century.

The concept of 'civilisation' constitutes an emergent and important political and cultural counter in Africa, China and Europe's post-socialist countries. In acts of opposition to globalisation, regional identities of nation, religion, and ethnicity are now being cast in the language of separate (and superior) civilisations. Hierarchies of civilisations are matched onto modern cultures to justify confrontation and even domination. But definitions of civilisation and civilisations (in terms of culture, technology, science, political systems and social relations) are highly problematic. The causes of their formation, development, durability and decay are hotly debated. Thus the dynamics of civilisation need to be reconceived better to understand and challenge the role civilisation is being made to play in the post-modern, post-colonial world.