The Story of China 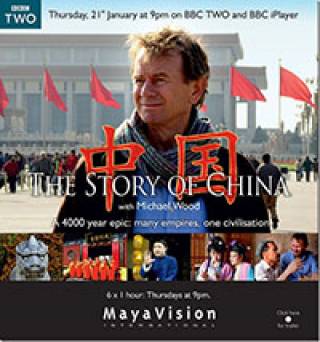 Yijie Zhuang has contributed to the new television series on The Story of China being broadcast by the BBC from 21 January.

BBC Two's new landmark documentary series, The Story of China, written and presented by historian Michael Wood, and produced by MayaVision International, explores the history of the world's oldest continuous state, from the ancient past to the present day.

Travelling across the country Michael explores the landscapes, peoples, stories and cultures that have helped create China's distinctive character and genius over more than four thousand years. Journeying along the Silk Route, down the Grand Canal, and across the plain of the Yellow River, where Chinese civilisation began, Michael meets people from all walks of life, visiting China's most evocative landscapes and exploring ancient cities like Xian, Nanjing and Hangzhou.

Michael meets Yijie in the first episode entitled 'Ancestors' as they discuss many aspects of Chinese archaeology and how this informs our current understanding of the origins and development of the Chinese state.