Most recent research has been on clinical phenomenology and treatment studies, with an emphasis on improving recognition of mental health conditions and improving outcomes in children with obsessive compulsive disorder (OCD).  PI on randomised controlled trials of novel treatments for paediatric OCD.    Ongoing collaborations in the neuroimaging of OCD. Developing a new research program at UCL’s Institute of Child Health with Great Ormond Street Hospital for Children,  focussing on robust measurement of symptoms and functioning in children with combined mental and physical health problems. This will lead to trials of modified evidence-based treatments in this complex population, with the aim of improving outcomes. Continuing with research collaborations in the epilepsy program, focusing on the psychiatric aspects of childhood epilepsy, Tourette Syndrome and mental health of children with movement disorders.

Dr Isobel Heyman  is a clinical Child and Adolescent Psychiatrist/Neuropsychiatrist who leads the Psychological Medicine Team at GOSH.

Graduated in pharmacology and medicine from University College London. Junior doctor positions in the Professorial Units at UCL and Middlesex Hospitals, and then at the Hammersmith Hospital and the National Hospital, Queen Square.  Went on to train in psychiatry at the Maudsley Hospital. Interest in neuropsychiatry and neurodevelopment led to  leaving clinical medicine for 3 years to obtain a laboratory based PhD in developmental neurobiology , as an MRC Training Fellow with  Professor Andrew Lumsden FRS.

1995 returned to the Institute of Psychiatry as Clinical Lecturer and completed Higher Specialist Training in Child and Adolescent Psychiatry.  1998 made a Consultant at the Maudsley Hospital and Honorary Senior Lecturer at the Institute of Psychiatry, Kings College London. Over the next 15 years  founded and ran a national specialist service for severe obsessive compulsive disorder and related conditions, which became an international model for a research active clinical service. Published widely in the field of OCD whilst working as a full-time clinician, and has sat on many national and international working groups, advisory panels and academic programs. Promoted to Honorary Reader in 2011. On moving to GOSH as a consultant psychiatrist in 2012,  has continued with  neuropsychiatric clinical work and research in Tourette Syndrome and epilepsy, and is developing new clinical services and research programs focussing on the detection and treatment of mental health problems in children with physical illness. Particularly committed to integrating clinical practice with academic medicine, and in promoting the research careers of junior staff. The representation of psychiatry in the media is also an area of interest; has contributed to TV documentaries as well as working closely with the National OCD Charity  OCDAction. Made an Honorary Professor at UCL in 2012.

She collaborates with several of the research teams within Developmental Neurosciences, teaches on MSc programmes, and supervises trainees research. She is co-applicant/collaborator on several Tourette Syndrome studies including an NIMH funded international genetics study TicGenetics and a European multicentre study on the course of Tourette Syndrome EMTICS 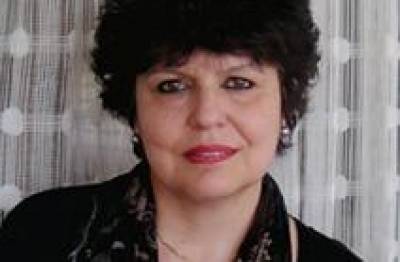