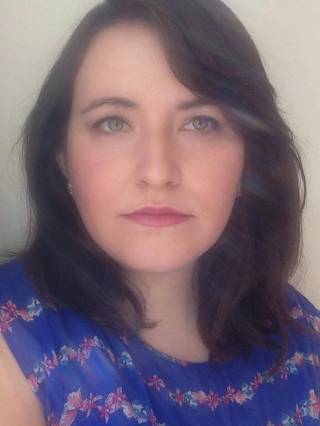 Transnational knowledge transfer in the Enlightenment (c1750-1790): The case of József Fogarasi Pap

The present doctoral project will test the notion that the Enlightenment was a unitary phenomenon and advances the question of how it achieved unity. The 'unity of the Enlightenment' thesis was proposed by John Robertson (2008), who tested it through a comparison of Scotland and Naples in their individual contexts and asynchronous responses to Pierre Bayle's philosophy. This project will go further by arguing that the Enlightenment achieved unity of purpose, i.e. the betterment of society, through communication and transnational networks of knowledge across the continent, east to west and viceversa. On a primary level, it aims to achieve this by demonstrating the contributing role of Central-Eastern European intellectual culture in the Enlightenment. On a wider level, it will provide a better understanding of the nature and influences of enlightened ideas in the second half of the eighteenth century, the Enlightenment's most mature phase.

To examine the hypothesis, the project will employ the body of work belonging to the Transylvanian Hungarian Calvinist philosopher, József Fogarasi Pap (1744-1784). His writings, scattered amongst university libraries around Europe and only recently identified for this project, have been almost completely ignored because of their transnational character. These works offer an ideal starting point for this purpose. His life embodies a transnational approach: he spent a significant part of his adult life in the Netherlands, with sojourns in Germany and Switzerland. A member of various European academic societies and a prolific writer, he won the Berlin Academy's essay prize in 1779 and was appointed the first Protestant Professor of Philosophy at the University of Pest by the Habsburg Emperor Joseph II in 1784, dying prematurely shortly after.  By adopting a transnational methodology and combining an intellectual biography based on his letters and documents, with contextual analysis of his works, the project will analyze how Fogarasi Pap's peripatetic career and works embodied and promoted contemporary European discourses, theories, and social policies. The case studies investigated are represented by common themes in his works, particularly his exploration of ethics, metaphysics, the nature of matter, as well as his views on the relationship between religion and the state and education.

My study will, firstly, investigate the genealogy and European-wide reception of the ideas developed and disseminated in the second half of the eighteenth century by thinkers outside of the small circle of philosophes who dominate current historiographical discourse. Secondly, it will highlight the institutional role of academies and prize contests in the aforementioned process. Thirdly, it will unravel the (en)tangled interaction between several contemporary intellectual domains: metaphysics, religion, political philosophy, and their reception/assimilation of the concept of reason, ethical action and divine providence. Finally, the project will re-focus on Transylvania and the Habsburg Empire, tracing the repercussions of such new ideas within eighteenth-century educational and social policies, on various language communities and Joseph II's central administration. In so doing, it will explore the fraught question of the influence of the Enlightenment on European politics in the late eighteenth century. By moving past fragmentary interpretations of European-wide Enlightenment, such as national Enlightenments, radical and moderate religious perceptions and the core-periphery dichotomy, my project aims to trace and contextualize transnational networks and transfers of knowledge across the Continent and examine the intellectual public sphere beyond the convention of the philosophes.