The Enthusiasts: Friendship, Enthusiasm, and Polish Women's Emancipation in the Nineteenth Century 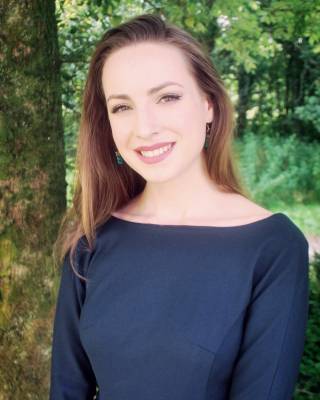 My PhD project explores the Enthusiasts, the loosely organised women's group led by the writer Narcyza Żmichowska, with the aim of contributing to the history of the Polish women's emancipatory movement in partitioned Poland in the nineteenth century.

Little is known about the individual women within the group, and a consistent listing of its members has not been established. Commentators have been divided over the nature of the group's aims, some perceiving it as a predominantly literary organisation, others a conspiratorial one. More recent scholarship identifies the group as a loosely associated, proto-feminist society, its diverse members united by friendship and the philosophy of 'enthusiasm'. Through their activities the  Enthusiasts expanded the boundaries of women's individual and public liberty; they founded schools and taught in them, distributed literature, were involved in charitable activities, some undertook editorial work and wrote. They established connections with leading political and intellectual figures, kept a dynamic correspondence, and sought personal realisation in a variety of forms.

My research aims to identify and recover the stories of the individuals who formed the group, and examine the Enthusiasts' own understanding of their role in society, their 'enthusiasm', set against the backdrop of partitioned Poland, and in the context of the early Polish emancipatory movement. The project intends to gain a greater understanding of the group as well as the individual women within it. More broadly, by interrogating the question of 'enthusiasm', it seeks to contribute to recent scholarship on the Polish women's emancipatory movement in the nineteenth century. The study will deepen understanding of Polish women's history in Western scholarship, and open the pathway for more comparative studies of nineteenth-century women's emancipatory movements across Europe.