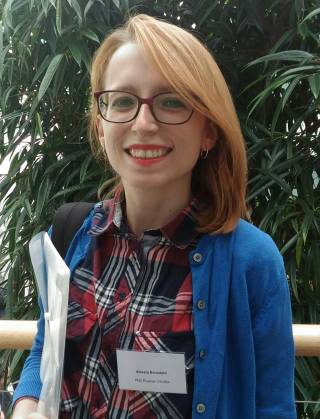 The Influence of Dante Alighieri's Divine Comedy over Mikhail Bulgakov's Master and Margarita: A New Interpretation of the Relationship between Reality and Literature

Though Dante's reception in Russia has been studied by a range of scholars (e.g. Asoyan 1987 and 1989, Belza 1990, Potthoff 1991 and Golenishev-Kutusov 1971), Dante's influence on Mikhail Bulgakov is in many respects an unexplored field. This project aims to address this gap, focusing specifically on Dantean influences on Bulgakov's The Master and Margarita.

In Divina Commedia, some of the characters that populate Dante Alighieri's representation of the afterworld are historical figures, whose behaviour determined the condemnation or

salvation of their souls, i. e. their condition not only in the unearthly, but also in the literary

world Dante created in his work. Through the Commedia, therefore Dante proposes a new

interpretation of the relationship between reality and fiction: what his characters did in real life influenced their destiny in the literary world. In Commedia, however, our world and the Great Beyond (and the literary representation thereof) are connected but separate. In Bulgakov's novel The Master and Margarita, in contrast, the barrier between the real and fictional worlds collapses: the arrival of the Devil in Moscow symbolizes the intrusion of the unearthly into our world.

My research aims at analysing how Bulgakov reinterpreted and took to the extreme Dante's perception of the relationship between reality and fiction. Firstly, I intend to situate Bulgakov's relationship with the Commedia within the broader context of Dante's reception in Russia. In particular, I will examine how Alexander Pushkin's and Nikolai Gogol's impressions of the Italian writer influenced Bulgakov's stance on Dante. Secondly, I will undertake a comparative analysis of The Divine Comedy and The Master and Margarita. I will focus specifically on how similar leitmotivs (e.g. the contrappasso, the Master/Student relationship, the exiled intellectual, the corrupt city) are represented in both works. By bringing together Dante's and Bulgakov's views about the interaction between reality and fiction, this project will open up new landscapes in the study of Dante's influence over Russian literature.