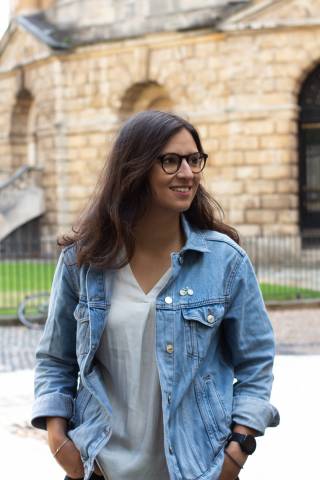 Aleksandra Majak is a doctoral student in modern literature at New College, University of Oxford. Her doctoral work explores imaginative connections and poetic borrowings in the context of transnational modernism. In her project, she looks at how the influx of Central Eastern European poetry in translation has galvanized a new, more ‘direct’ mode of poetic expression in the Anglo-American lyric of late modernism. Her academic interests include comparative criticism, self-reflexivity, the dynamics of poetical borrowings, the creative act, poetic revision, and translation studies. Before coming to Oxford, she read comparative literature first at Jagiellonian University and then MPhil at Cambridge alongside MSc (Conversion) in psychology at St Andrews. For years she has been involved in international literary festivals, organising various non-profit academic workshops, and widening university access. She has published reviews, articles, and chapters in the UK, USA, and Poland.