Multiple Myeloma Lab: Who we are 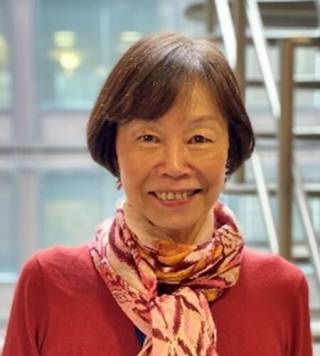 Prof Kwee Yong was educated at Oxford University and University College London (UCL).  She completed doctoral studies at UCL and was awarded a PhD in 1993 for her work on growth factors. Professor Yong returned to UCL as Senior Lecturer and Honorary Consultant in 1999. Since then, she has been clinical and academic lead in multiple myeloma at University College London. Her early research programme was focussed on haemopoietic cell adhesion, migration and in vivo homing in the context of inflammation and stem cell transplantation. Her research today in multiple myeloma retains a strong focus on cellular interactions and the understanding of the bone marrow microenvironment in disease pathogenesis. Prof Yong leads national NCRN phase 2 and phase 3 studies using innovative approaches to risk stratified treatments, and the development of immunotherapies, including CAR-T treatments. She is academic programme lead in Haematology at UCL, overseeing and providing mentorship for NIHR and non-NIHR clinical academic trainees, and is the academic representative on the London Haematology Specialty training board. 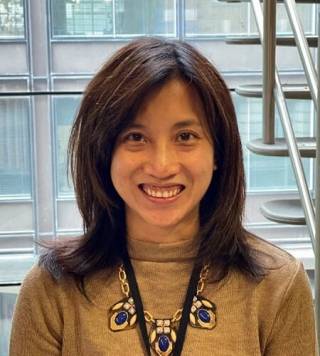 Dr  Lydia Lee graduated from UCL in 2004 and completed her Clinical Haematology training in the North West London Rotation. She then embarked on a Bloodwise funded Junior Clinician Training Fellowship under the mentorship of Prof Kwee Yong and Dr Martin Pule at the UCL Cancer Institute to develop an APRIL based Chimeric Antigen Receptor for Multiple Myeloma. This work formed the basis for the APRIL CAR entering Phase I clinical trials. Having been awarded a Clinician Scientist Fellowship by the MRC in 2018, Lydia and her team are investigating the role of the immune dysfunction in disease progression and response to treatment. This work will provide greater insights into the pathogenic mechanisms of myeloma and aid the development of rational therapeutic strategies for the treatment of this cancer. 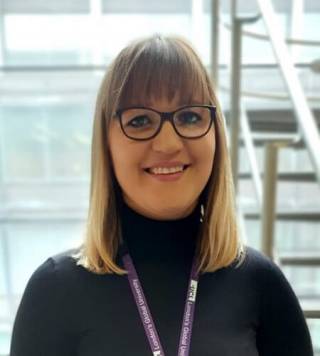 Daria studied molecular biology at Adam Mickiewicz University, Poznan, Poland (BSc 2010, MSc 2012). She is a senior research technician, providing support for ongoing projects and clinical trials within the Myeloma group. She is also working towards a PhD focused on characterising the protective effect of stroma on carfilzomib mediated cytotoxicity in MM.

Anna Mikolajczak graduated from King’s College London in 2019 with MSc in Biopharmaceuticals. She also holds a BSc degree in Biotechnology (2017) from London Metropolitan University. She is a research technician who has responsibility for archiving clinical samples from UCLH and the upcoming Myeloma XV trial. 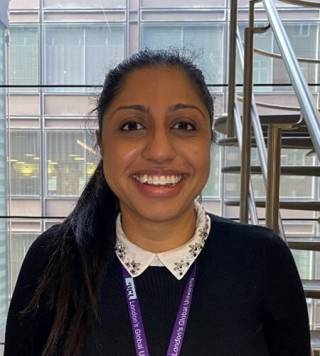 Dr Chavda graduated from UCL in 2007 with a 1st class hons BSc in Medical Pharmacology, and then graduated in 2010 from UCL (MBBS) with distinction. Selina was an academic clinical fellow in the South West London haematology rotation, during which she undertook a translational project investigating the role of autophagy in mediating resistance to proteasome inhibitor therapy in MM. She was successfully awarded a CRUK consumables bursary for this work and was subsequently awarded an MRC funded CRTF to further pursue her doctoral studies in this field. 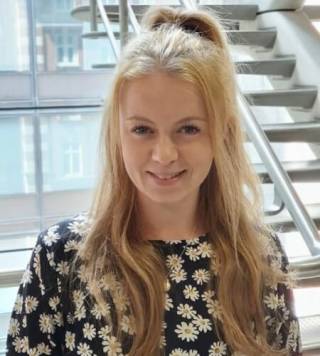 Dr Elise Rees graduated from Queen Mary University in 2015 with a BSc in Medical Genetics. She completed her PhD at Cardiff University, investigating the role of immune checkpoint expression in renal cell carcinoma immune evasion. Elise is a postdoctoral research fellow working on the bone marrow immune environment of patients with smouldering myeloma.

Dr Louise Ainley studied at the University of Oxford, graduating with a BA in Physiological Sciences in 2010 and a degree in Medicine (BMBCh) in 2013. She moved to London for medical training and is a haematology specialist registrar in North Central Thames. Louise is working as a clinical research fellow in Smouldering Myeloma, focusing on the bone marrow immune microenvironment. 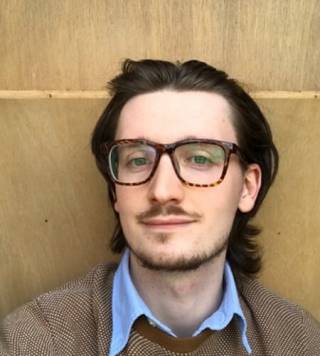 Kane studied Biology in York and then graduated with an MSc in Infection and Immunity from UCL. He is a PhD student studying how changes to the immune system, specifically T cells, can contribute to the malignant transformation and progression of the pre-cancerous condition Smouldering Multiple Myeloma. Kane studies T cell responses in the tumour by analysing Single-Cell Sequencing and Flow/Mass Cytometry data using machine learning and computational statistics.

Ross Horlock studied Cellular and Molecular Medicine at the University of Bristol, followed by an MRes in Human Tissue Repair at UCL in 2019. He is now a research technician working mainly on CAR T cell therapies in Myeloma. 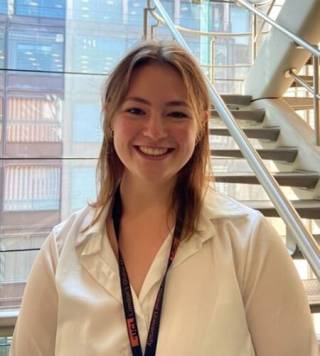 Emma Lyon has recently graduated from the University of Reading with a BSc in Biological Sciences. She is a research technician responsible for processing clinical samples from both UCLH and the upcoming Myeloma XV (RADAR) trial. 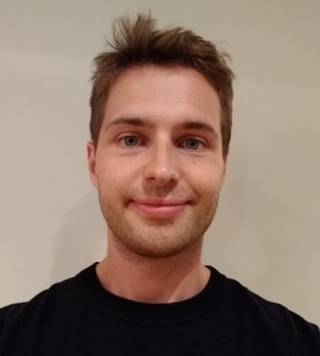 Iwan Williams studied biochemistry at Cambridge and is an iCASE PhD student on the UCL-Birkbeck MRC DTP. He works between Professor Yong's group and UCL's spin-out company Autolus to improve CAR-T cell therapy for myeloma via inhibition of ectoenzymes in the tumour microenvironment. 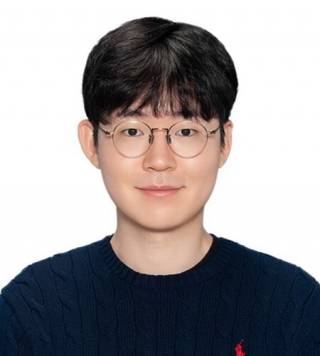 Jongwon Yoon studied Biotechnology and then graduated with an MSc in Genetic Engineering from Seoul National University in 2015. After working in the biopharmaceutical industry in 2017-2020, he joined our lab in 2021/2022 as a PhD student. Jongwon studies the persistence of CAR T cells in the tumour microenvironment using CRISPR screening and animal models.

Madeleine George recently graduated from the University of Exeter with a BSc in Biological Sciences, including a placement year working on immunological research at GlaxoSmithKline. She is now a Research Technician working on CAR T cell therapies in myeloma.

Gwennan Ward studied Biochemistry at the University of Nottingham followed by a Msc in Cancer and Cellular and Molecular Biology at Barts Cancer Institute in 2021. She is now a myeloma technician working mainly on the COSMOS trial and processing clinical samples from UCLH.

Dr Sam Asher studied at the University of Southampton, graduating in 2012 with a degree in Medicine (BM). He is a final year haematology specialist registrar in the South London deanery. He worked in the UCLH clinical research facility last year in early phase haemato-oncology clinical trials. Sam is currently working as a myeloma research fellow primarily on the RADAR (Myeloma XV) trial. He is also investigating the role of minimal residual disease and mass spectrometry in POEMS syndrome.