Together with our many co-applicants, we have been awarded funding
from the School of Life and Medical Sciences and the UCH Biomedical
Research Centre for a 10X Genomics Chromium for single cell RNA-seq
and ATAC-seq.

We have been awarded funding from Bloodwise to determine the role of
enhancer RNAs in leukaemia. We're looking forward to working on this
project together with Marc Mansour and in collaboration with Dan Bose.

Garima Khandelwal has joined the lab as bioinformatics research associate.

Richard has been promoted to Professor! Thanks very much to the lab
for all their hard work.

Maria has passed her MPhil to PhD transfer viva! Thanks for Graham
Lord and Lucy Walker for examining her!

We have been awarded a project grant from the MRC for our work on the
recruitment of Mediator and the Super Elongation Complex by T-bet and
its disruption in inflammatory disease.

Manuel has passed his MPhil to PhD transfer viva! Thanks to Paola
Scaffidi and Sue Hadjur for examining him!

Although non-coding RNAs have roles in transcription and chromatin function, nascent pre-mRNA is usually considered to be passive during these processes. Our Perspectives article setting out the evidence that both nascent coding and non-coding RNA regulates transcription and chromatin function has been published in Nature Reviews Molecular Cell Biology.

Our study revealing that T-bet functions to activate Th1 genes through Mediator and the Super Elongation Complex has been published in Cell Reports.

The interaction of PRC2 with RNA or chromatin is mutually antagonistic: Our study identifying the RNAs directly bound by PRC2 in living cells, revealing that RNA antagonises PRC2 recruitment to chromatin, has been published online at Genome Research.

Our collaborative study with Alison Sinclair identifying the human genes directly targeted by the EBV transcription factor Zta has been published in NAR. Catherine has passed her PhD viva - congratulations!

Our collaborative study with Steen Ooi on the role of the Dnmt3L ADD domain in spermatogenesis is published in Cell Reports.

Our collaborative study with Eugene Butcher and Aida Habtezion on the differences in lineage-specific expression of GPR15 between human and mice is published in Nature Immunology. Carla has passed her MPhil viva - congratulations!

We are seeking to hire a talented scientist to lead our computational analysis of iClip, RNA-Seq and ChIP-Seq data, and to generate new hypotheses about how transcription and chromatin structure are regulated. (Applications closed)

Arnulf Hertweck has joined the lab from our close collaborator Graham Lord’s group. Arnulf is working on the regulation of transcription elongation in T cells and the interplay between T-bet and GATA3.

Lenka Skalska has joined the lab as a post-doc to work on the interaction between chromatin regulators and RNA. Lenka completed her first postdoc with Sarah Bray and before that, her PhD with Martin Allday.

Alessandro Riccombeni has left the lab to take up a senior bioinformatician role at GeneStack. All the best Alessandro!.

Chris Yates has joined the lab as postdoctoral bioinformatics associate. Chris recently completed his PhD with Michael Sternberg at Imperial, where he developed SuSPect, a method for predicting the effects of missions mutations. Our paper revealing that HIV Tat, in addition to binding to HIV TAR RNA, also associates with a specific set of cellular RNAs, has been published in Retrovirology.

We've been awarded a grant by the BBSRC to support our research into how T-bet redistributes GATA3 binding across the genome and to determine its role in T-cell differentiation and plasticity.

Filipa Reis has just joined the lab as a post-doc to work on the interaction between PRC2 and RNA. Filipa recently completed her PhD working on the exosome with Cecília Maria Arraiano at ITQB in Portugal. 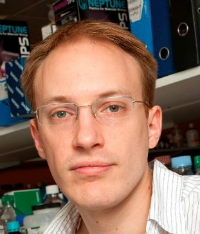