Our bodies are composed of many millions of individual cells and each cell inherits genetic information through ordered cell cycle events including DNA replication and chromosome (DNA) segregation. Cancer is a disease of cells causing uncontrolled cell division. Therefore, a full understanding of the mechanisms underlying cell cycle control is required for the fight against cancer.

We are studying how cell growth and the cell cycle are controlled by ubiquitin-mediated proteolysis. We are in particular focusing on a key enzyme called the anaphase-promoting complex/cyclosome (APC/C), which is one of the most important and complicated ubiquitin ligases in cell division playing a fundamental role in life. Through ubiquitin-mediated proteolysis the APC/C switches off a master kinase, cyclin-dependent kinase 1 (CDK1/Cdc2), driving cells out of mitosis. However, this is just the tip of the iceberg for in order to maintain genome stability, numerous substrates from structural to regulatory proteins are degraded by the APC/C at the correct times during the cell cycle ensuring the coordination and integrity of cellular networks within living organisms. In addition, there is increasing evidence that the APC/C functions in post-mitotic non-dividing cells as well as controlling non-mitotic events such as DNA replication, DNA strand break repair, G1 maintenance, dendrite formation and axonal growth in neurons, metabolic processes and ageing. Hence it is a key enzyme in understanding how cells divide, but also arrest, differentiate or even die.

Deregulation of ubiquitin-mediated proteolysis including the APC/C-ubiquitin system is increasingly understood to underlie genome instability. Genome instability is key to both the etiology and treatment of several human diseases. Greater understanding of APC/C function will therefore be of great benefit for human health. Although 20 years have passed since its discovery, our understanding of the APC/C function and control is lamentably limited. This is partly due to the sheer size and complexity of the enzyme. In fact, it was impossible to reconstitute apo-APC/C until recently. However, our latest development APC/C re-constitution using the MultiBac system will enable us to manipulate APC/C function at will and together with the Xenopus egg system, detailed analysis of the ‘dynamic regulation’ of vertebrate APC/Cs can be achieved to a level never attained before.

CDK1 and APC/C are two key regulatory enzymes controlling the cell division, growth, differentiation and death, through phosphorylation and ubiquitylation, respectively. Although it has long been apparent that phosphorylation modifies APC/C function, the challenges posed by the need for functional assays to study this control put the elucidation of molecular basis of phosphorylation control beyond our grasp. We recently overcame these limitations with a pipeline that uses reconstituted recombinant APC/C in Xenopus cell free extracts to show how CDK1 activates the APC/C through coordinated phosphorylation of Apc3 and Apc1 (Fujimitsu, K. et al., Science 2016). We will now extend this pipeline with targeted assays that will determine how phosphatases and APC/C binding proteins regulate these phosphorylation events.

Although the APC/C-ubiquitin system is complex, Xenopus and human APC/C subunits and co-activators share over 90% similarity. As such, our research with reconstituted apo-APC/Cs and Xenopus egg extracts will advance our understanding of the APC/C-ubiquitin system and will shed light on how the APC/C works to maintain genome integrity and health. Furthermore, our research will provide invaluable information enabling advances in the field of translational application and the pursuit of new avenues of APC/C-based therapeutics including drug screening, pathology testing and elucidation of cancer evolution. 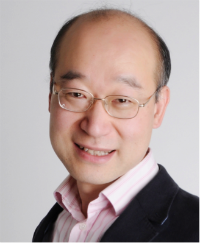