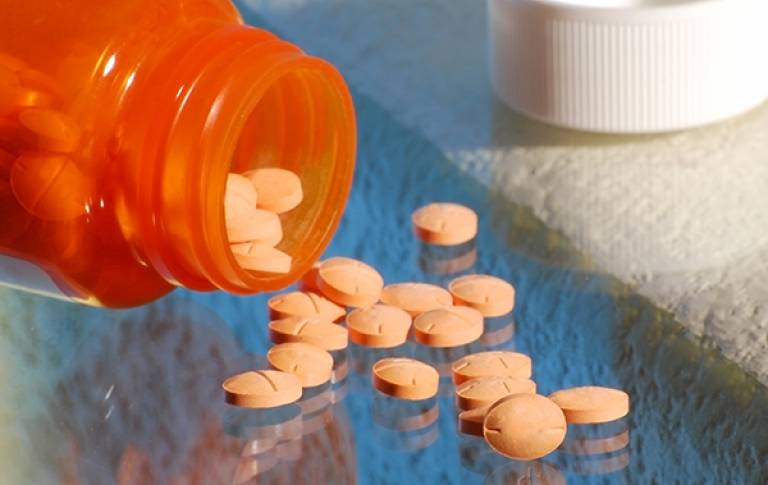 Patients who take the chemotherapy drug, capecitabine, after surgery for bile duct cancer live for almost a year and a half longer than those not given the drug, according to the results of a phase III clinical trial presented at the 2017 ASCO Annual Meeting in Chicago.

Funded by Cancer Research UK, the BILCAP trial is one of the first to look at testing treatments for bile duct cancer (Cholangiocarcinoma and gallbladder cancer) following surgery. This is because for rare conditions like bile duct cancer it is difficult to recruit enough patients to clinical trials. The researchers are now calling for capecitabine to be given to all patients after surgery.

In the study, around half of the 450 patients were given capecitabine for six months after surgery, and the other half only had surgery.

Three year survival improved by almost a quarter (23 per cent) in patients who were given capecitabine, and the average survival was increased to 53 months from 36 months compared to for those who only had surgery.

Lead researcher, Professor John Primrose, Professor of Surgery at the University of Southampton, said: “While rare, bile duct cancer is difficult to treat and until recently there has been very little progress in treating the disease. Our results clearly show that patients who have surgery should be given capecitabine, as a result of which more will survive and with few side effects.”

Around 2,300 people are diagnosed with bile duct cancer in the UK every year. This cancer affects the part of the digestive system that connects the liver, gallbladder and the small intestine.

“Currently, the standard approach to treating biliary tract cancer is surgery,” explains Professor John Bridgewater, Professor of Medical Oncology at UCL Cancer Institute, Consultant Medical Oncologist at UCLH and senior author of the study. “When we began the study 10 years ago, the standard of care after biliary tract surgery was observation. At the time, capecitabine had shown efficacy in the treatment of pancreatic cancer - a disease with similarly poor outcomes - and we wanted to know whether it would improve outcomes for biliary tract cancer patients after surgery as well, which it most certainly did.”

“Looking at the results of the trial, there is no doubt that this is a genuine effect. For now, adjuvant capecitabine should be considered the standard of care for patients who undergo surgery for biliary tract cancer,” concludes Professor Bridgewater.