Combining statins with chemotherapy does not extend survival in lung cancer 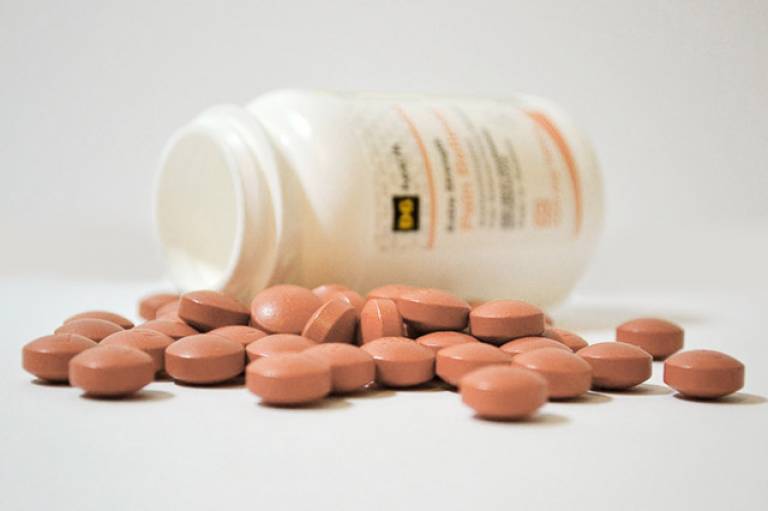 Cholesterol-lowering statins used alongside chemotherapy have no effect on treatment outcomes for lung cancer patients, according to a new study published in the Journal of Clinical Oncology.

Recent research into statins has suggested a role for the drugs in preventing cancer development and prolonging the survival of patients with several common cancers, including lung cancer. But evidence published by a research team from UCL and Imperial College London shows that the drugs have no positive effect as a treatment for patients with small cell lung cancer.

Because cholesterol plays a key role in cell growth messages, it was initially thought that lowering the levels of cholesterol could impair the development and growth of cancer cells. Cholesterol was also believed to delay the recurrence of cancer after treatment has been completed. Collectively these effects were thought to improve the survival of cancer patients.

In the largest randomised trial of statin therapy in cancer patients yet completed, the team measured the effects of a leading statin, called pravastatin, in patients with small cell lung cancer – a particularly aggressive form of lung cancer where new treatments are desperately needed.

The study included 846 patients from 91 hospitals in the UK and was carried out at the Cancer Research UK & UCL Cancer Trials Centre at the UCL Cancer Institute. Patients were randomly selected to receive either the statin or a placebo alongside their usual chemotherapy treatment, and monitored over two years. The results showed that, although there were no adverse effects from taking statins, there were no advantages either.

“It’s becoming increasingly common for patients with increased cholesterol to take statins and many cancer patients will be or have been prescribed these drugs entirely separately from their cancer treatment,” explains Professor Michael Seckl from the Faculty of Medicine at Imperial College London, who led the research. “There’s no reason for people to stop taking statins to manage their cholesterol, but it’s extremely unlikely, for patients with small cell lung cancer, that taking statins will make any difference to their cancer treatment outcome. Because all statins work in a similar way to lower cholesterol, it’s relatively unlikely that statins other than Pravastatin would have a different, more beneficial effect.”

The Imperial researchers plan to continue their investigations into precisely how statins work at a cellular level, but believe further large-scale trials such as the one just completed may be unnecessary.

“Our results match those of other randomised trials examining different types of cancer, but these were much smaller than our own study, and they have also shown no benefit to using statins in cancer treatment”, says senior author Professor Allan Hackshaw, Deputy Director of the Cancer Research UK & UCL Cancer Trials Centre. “Collectively, this evidence seems quite persuasive.”

“It is possible that ongoing statin trials of other types of cancers might find a benefit, and so it would be interesting to see their findings when available. However, I think researchers should consider carefully whether to start a new statin trial as part of cancer treatment, without results from further large studies like ours.”