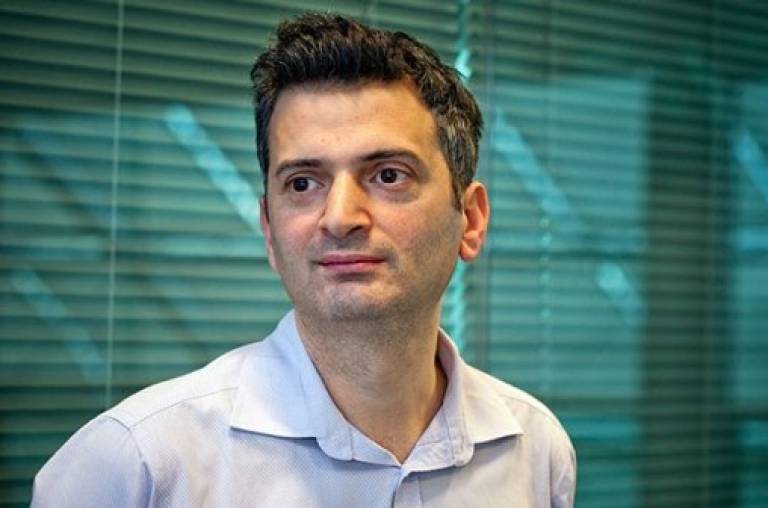 Dr Martin Pule has been named BBSRC Most Promising Innovator 2016 for his frontier innovations in T-cell medicine. The competition is designed to recognise the full breadth of BBSRC-funded research and rewards individuals and small teams who have harnessed the potential of their excellent research.

Dr Pule has been recognised for his BBRSC funded research in T-cell engineering at the UCL Cancer Institute and NIHR University College London Hospitals Biomedical Research Centre, where he has applied the principles of Boolean logic to construct T-cell therapies with exquisite selectivity for tumour cells over healthy tissues to prevent unwanted toxicity.

T-cells are part of our immune system which normally kill infected cells. T-cells can be taken from a person’s blood sample, grown in the laboratory and ‘re-programmed’ to recognise and kill cancer cells just as they would naturally attack an infection. This re-programming is achieved by introducing a gene for an artificial protein called a chimeric antigen receptor, or CAR for short. Early clinical trials in the US have shown that CAR T-cells could be highly effective in treating patients with leukaemias and lymphomas which have failed to respond to standard anti-cancer treatments.

In 2014 UCLB and Syncona announced the formation of Autolus Limited, a company founded upon the work of Dr Pule and focused on the development and commercialisation of next-generation engineering T-cell therapies for the treatment of life-threatening cancers.

Dr Chris Williams, Senior Business Manager at UCL Business PLC commented: “We are delighted that Martin’s efforts in this field have been recognised by the BBSRC with this award.  Martin’s pioneering work on T-cell programming has the promise to transform cancer therapy”.

Last year Dr Pule was the recipient of The UCL Business Award which aims to recognise the efforts and accomplishments of UCL’s most innovative and entrepreneurial staff.