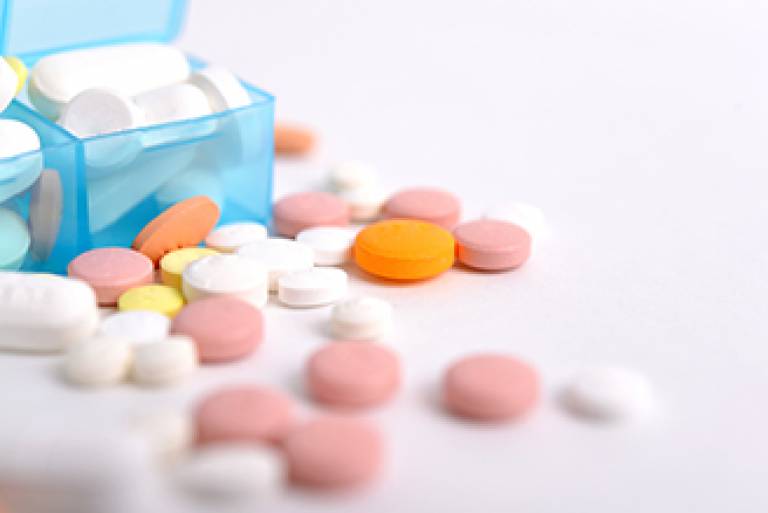 Results of the ICON6 clinical trial, led by Professor Jonathan Ledermann, show that women with recurrent ovarian cancer can benefit from a new treatment with a drug called cedirinib. The study published in The Lancet, reports that cedirinib, given concurrently with chemotherapy and in maintenance, can delay the progression of the cancer compared to chemotherapy alone.

The phase III clinical trial, funded by Cancer Research UK and supported by AstraZeneca, was co-ordinated by the MRC Clinical Trials Unit at UCL. The trial found that patients given cedirinib daily during and after chemotherapy for 18 months, gained an average 2.3 month increase in the length of time before their cancer progressed (from 8.7 months to 11 months)

Chief Investigator, Professor Jonathan Ledermann - Clinical Director of UCL Cancer Institute and Director of the Cancer Research UK-UCL Cancer Trials Centre said: “While the increase may seem modest, this is a significant finding for women with advanced ovarian cancer. Cediranib is the first oral drug of its kind that has been shown to delay tumour progression in women with ovarian cancer that has returned after chemotherapy".

Cediranib, which is taken in pill form, is a Vascular Endothelial Growth Factor (VEGF) receptor inhibitor, which delays disease progression stopping tumours from developing the blood vessels they need to keep growing.

In addition, the study indicated that women who received cediranib during and after chemotherapy may live longer than women who had chemotherapy plus a placebo, however, further data would be needed to confirm this.

The drug company who developed cediranib, AstraZeneca, are now using the results of ICON6 to apply for market authorisation from the European Medicines Agency. If granted, this will give women with recurrent ovarian cancer a new treatment option - welcome news for many as there are currently few treatment options for the disease.

The trial was an international collaboration between members of the Gynecologic Cancer Intergroup (GCIG), and recruited women from the UK, Canada, Australia and Spain. It was co-ordinated by the MRC Clinical Trials Unit at UCL.