The number of patients starting anticancer therapies dropped by more than 30 per cent in April, the month following the UK’s first COVID-19 lockdown, but went above pre-pandemic levels within three months, finds a new study of NHS England data co-led by UCL researchers. 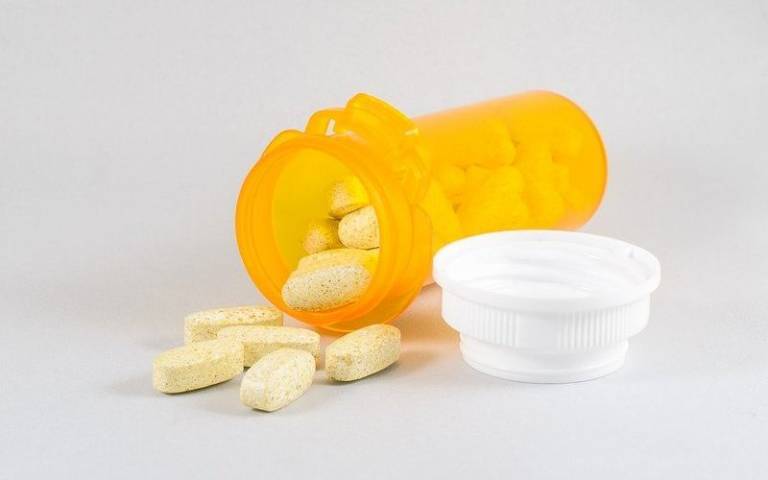 The analysis, published in The Lancet Oncology, assessed the number of registrations to initiate systemic anticancer treatment recorded per month in April, May, and June 2020, against the mean number of monthly registrations in the pre-lockdown ‘control period’ of September 2019 to February 2020. This information is recorded on the NHS England Prior Approval system.

Researchers say a major part of the return to pre-pandemic cancer treatment levels by June is the result of NHS England’s ‘COVID-19 rapid guidance: delivery of systemic anticancer treatments’**, approved by the National Institute of Clinical Excellence (NICE). This provided more treatment options via temporary approval of oral drug alternatives and less immunosuppressive therapies, many of these being ‘off label’ treatments and used in earlier stages of therapy than currently licensed.

Co-lead author, Professor Allan Hackshaw (UCL Cancer Institute), said: “Many cancer services in the UK and across the world underwent extensive changes to minimise COVID-19 exposure among patients with cancer and health-care staff.

“These changes included delayed surgery and radiotherapy, reduced outpatient visits (often replaced with telephone assessments), and where possible, switching from therapies that require intravenous administration in clinic to oral drugs that can be taken at home.

“Our study shows the positive consequences of NHS England offering clinicians and patients a wider range of treatment options including drugs that had not yet been appraised by NICE or which are off-label, but are likely to result in less risk to patients from the pandemic. These additional options contributed to the greater number of registrations for new patients starting systemic anticancer treatment in May and June, 2020.”

The initial NHS England ‘COVID-19 rapid guidance: delivery of systemic anticancer treatments’ was published at the end of March, though guidance on most of the new drug treatment approvals were published sequentially from April.

The initial decreases in April were seen across all types of therapies and cancer types. For example, there was a 36% reduction in the number of people starting immunotherapies, and a 51% reduction in those who needed chemotherapy. The reduction in registrations was also large for breast cancer (33%), prostate cancer (57%), lung cancer (36%) and skin cancer (32%). The decreases in April were followed by rises in May and June, which were observed for all types of therapy, with the exception of neoadjuvant (pre-surgery) therapy. This pattern was also seen for most cancer types.

Co-lead author, Dr James Clark, oncologist at Imperial College London, said: “This study shows a cancer treatment service in England that reacts quickly to change; whether that is to COVID-19 in April or to the measures that the NHS rapidly put in place to increase the safety of treatment to patients. The initial reductions were largely reversed by June, 2020, when the number of treatment registrations was significantly higher than those observed during the control period. These findings can provide some reassurance to patients and clinicians that treatment delays can be minimised or avoided if health-care providers are able to quickly implement guidance on drug prescribing.”

Dr Clark added: “Despite this, by June the number of cancer treatments being registered for neoadjuvant therapies for breast cancer remained significantly lower than the control period. However, we know from unpublished and recent data that registrations for neoadjuvant breast cancer therapy have now recovered.”

Professor Hackshaw added: “Although cancer registrations returned to normal levels by June, a significant number of patients would have had their cancer treatments delayed during the early part of the pandemic. It will be essential to monitor these patients – particularly when cancer drugs for some advanced cancers improve survival by several months, so even a two-month delay could be an issue.”

First, the NHS registration system records an intention to treat that might not necessarily result in treatment itself, although previous audits have shown that 92–95% of registrations result in actual treatment. Second, this analysis only covers drugs approved for use since 2016, and does not include hormone therapies or free-of-charge drugs from companies. Some cancer treatments, including those that were established before 2016, are not recorded on the databases assessed in this research.

Researchers believe this is the first study to assess how prescribing practice for anticancer treatments has changed at a national level since the pandemic began, on the basis of all drugs approved by the National Institute for Health and Care Excellence since 2016.

The study was carried out by researchers at UCL, Imperial College, London, the University of Southampton and NHS England & NHS Improvement. It was supported by a Cancer Research UK funding grant.

* April was the first full month following the implementation of societal lockdown in England on March 23.

** The NHS Prior Approval system for cancer drugs mandates clinicians to register their intention to initiate treatment with a particular drug in a specific indication.