UCL scientists have made a seminal discovery of a fundamental biological process that governs cell death and inflammation, according to research published in Nature today. 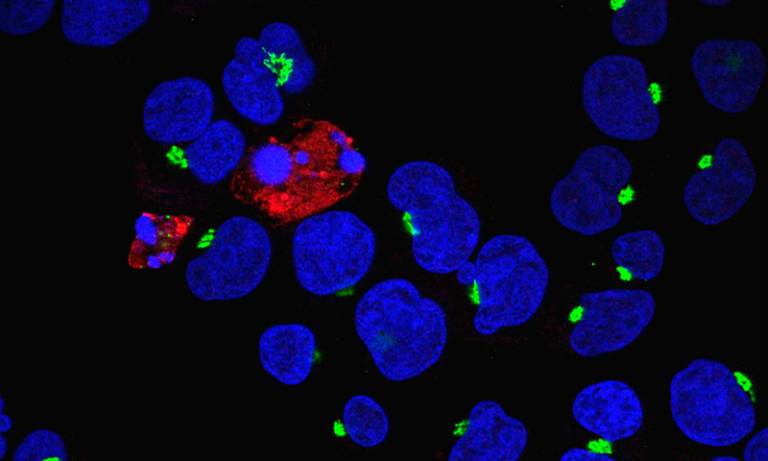 UCL scientists have made a seminal discovery of a fundamental biological process that governs cell death and inflammation during the normal development of an embryo, which is also crucial for the development of virtually all cellular components of the blood system.

Inflammation is an essential part of how the immune system functions - it’s the body’s way of activating an effective response against invading pathogens. While we wouldn’t be able to live without it, too much inflammation can cause damage to the body.

Chronic inflammation (i.e. constant activation of the immune system even in the absence of pathogens) is responsible for many severe diseases including several autoimmune disorders (such as rheumatoid arthritis and psoriasis) but also many cancers. The findings of this study, published today in Nature, have important implications for understanding the processes that initiate inflammation and, as a consequence, also these diseases. In turn, these findings could influence the development of future treatments.

Led by Professor Henning Walczak, Head of the Cell Death, Cancer and Inflammation Group and Professor of Cancer Biology at the UCL Cancer Institute, the study team focused on the action of a protein complex known as LUBAC (Linear Ubiquitin chain Assembly Complex). LUBAC is used by the cells in our body to activate survival genes and to prevent cell death. Thereby, LUBAC plays a pivotal role in inflammation and the immune response.

“In the lab, we are particularly interested in understanding the physiological role of LUBAC and what goes wrong with it in disease. We know that in humans, mutations in LUBAC can cause fatal autoimmune and inflammatory disease. To explore this further, we manipulated mouse models to disrupt the activity of LUBAC and observe how it exerts its effects,” explains Dr Nieves Peltzer, Postdoctoral Fellow at the UCL Cancer Institute and co-lead author of the study.

“This study elucidates the basic mechanisms that allow cells to survive so that they can serve vital biological functions. This new insight into the fundamental biology of inflammation represents a first step towards developing targeted therapeutic strategies for prevention and treatment of inflammation-associated diseases including cancer,” concludes Dr Peltzer.

This work was supported with funding from the Wellcome Trust and European Research Council (ERC) and Cancer Research UK.