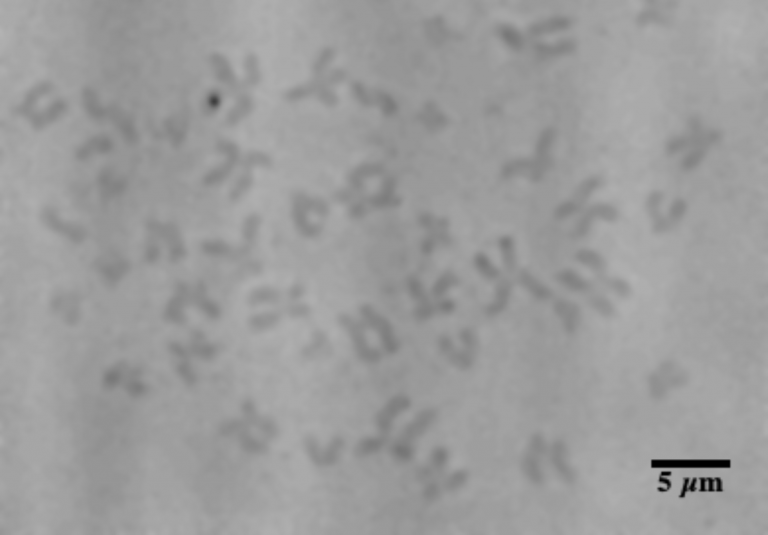 The X-ray ptychography method involves scanning a coherent X-ray beam over a sample and collected the diffracted X-rays on a sensitive detector.  The relative phases of the diffracted X-rays are lost, but can be recovered using self-consistency from overlapping areas of the sample.  Dr. Darren Batey has implemented this ptychography scheme at the Diamond Light Source synchrotron, which produces sufficiently coherent X-rays.  The phase contrast images are highly quantitative and allow accurate mass determinations of the sample on an absolute scale.  UCL PhD student Archana Bhartiya applied this method to image human chromosomes.  A typical example, shown in the Figure above, has allowed a determination of the masses of each individual chromosome in the metaphase state of the cell cycle.  The expected amount of DNA from the human genome sequence, combined with the known associated proteins, shows discrepancies in some places.  This is believed to be due to the presence of satellite DNA in so-called “hetrochromatic” regions of the genome.