Hone your leadership qualities and adapt your approach to business challenges to enhance your performance and benefit your organisation.

UCL Biochemical Engineering pioneered the VISION Leadership Programme in 2010 to cater specifically for individuals at management and executive levels within the bioindustry.

VISION provides leadership insights through intellectual analysis and intensive, practical learning to provide you with the tools required to drive innovation, entrepreneurship and global leadership in your organisation.

University College London is one of the world's top multidisciplinary universities, with an international reputation for the quality of its research and teaching. The Department of Biochemical Engineering is acknowledged as the UK Centre of Excellence in the field. Our research addresses challenges in three key sectors of the advanced bioprocessing industries: industrial biotechnology, macromolecular medicines and cell therapy bioprocessing. Due to our strong international reputation, we are uniquely positioned to partner with key industrial leaders to create an innovative programme.

VISION is recommended for:

Patheon is a contract manufacturer of biological parental products produced from mammalian cell lines for both ongoing clinical trials and commercial drug manufacture serving a worldwide market.  Dr Baker has a strong academic and commercial background, holding a variety of positions in the biotechnology and biopharmaceutical industry for >20 years in the UK.  Following Industrial sponsored post-doctoral studies at the University College of London and University of Kent working with Celltech (now UCB), GSK, British Biotech and Lonza, Kym joined the management team in Lonza, UK holding a variety of senior positions across both development, manufacturing and quality. Returning to Australia, Dr Baker took up the GM role in Patheon.  Dr Baker graduated with 1st class Honours from the first ever intake of University of QLDs Bachelor of Applied Science Biotechnology programme then obtained her PhD from the Australian National University in Canberra based in CSIRO.  Dr Baker is passionate about science education and the development of future scientific and engineering talent to help grow the Biotechnology industry in Australia through improved collaboration between industry and academia.

Rahul Singhvi is Chief Operating Officer of Takeda’s Global Vaccine Business Unit and is responsible for global supply of vaccines at the Takeda Pharmaceutical Company.

Before joining Takeda, Dr. Singhvi was President and CEO of Novavax, Inc. a Nasdaq-listed biotechnology company (NVAX). During his tenure at Novavax, Dr. Singhvi transformed the company from a speciality pharmaceutical business to a premier vaccine company and increased its valuation from $30M to over $300M over his tenure as CEO.  Dr. Singhvi’s professional career began at Merck & Co in 1994, where he held several positions in R&D and manufacturing.  At Merck, he co-lead a project team that oversaw the development of Varivax®III (chickenpox vaccine), ProQuad® (MMRV pediatric combination vaccine) and Zostavax® (Shingles vaccine). Dr. Singhvi graduated as the top-ranked chemical engineer from IIT, Kanpur, India and obtained both his MS and ScD chemical engineering degrees from MIT. He received an MBA degree from the Wharton School of the University of Pennsylvania, where he graduated as a Palmer Scholar.

External awards and appointments include being elected to the National Academy of Engineering in 1997 and Fellow of University College London in 1998.  Awards include the Donald Medal, UK Institute of Chemical Engineering in 2002, Prix Galien award:  Member of team to receive Vaccine Award for Gardasil® in 2007, Merck Board of Directors Award for leading process development for licensure of four (4) new vaccines in 2007. Chaired two International Conferences on Cell Culture (Cell Culture Engineering IV and Cell Culture Engineering V) and co-chaired the first three International Conferences on Metabolic Engineering. Co-chaired the first four International Conferences on Vaccine Technology. Author or co-author of over 70 papers.  Visiting Professor at University College London for past 15 years.  In October 2008, named by AIChE as one of the "One Hundred Chemical Engineers of the Modern Era" (defined as from World War II to Present) as part of the AIChE Centennial Celebration in Philadelphia, USA and also awarded Marvin Johnson Award by ACS (American Chemical Society) for lifetime contribution to Biotechnology.  Awarded PhRMA Discoverer of the Year award in April, 2009 for development of the Merck HPV vaccine (along with Eliav Barr and Kathrin Jansen).

Starting in May 2009; CEO, BiologicB. Since this time have provided consultancy worldwide to a number of companies and not-for-profit institutions, in all areas of Biologics including Vaccines, Therapeutic Proteins and Cell Therapy.Chair of Board for a not-for-profit organization, Engineering Conferences International. Continue as Visiting Professor at University College London. Co-Founder of start-up company Enumeral Biomedical. Head, Bioprocess Development at Protein Sciences. The first recombinant Influenza vaccine, Flublok, was licensed in January 2013. Appointed Executive Director of NIIMBL (The National Institute for Innovation in Manufacturing Biopharmaceuticals) in February, 2017.

Vicki joined IP Asset in January 2009, having previously worked in an International law firm.  Vicki is unusual in being both a patent attorney and a solicitor.  She has over 30 years’ experience in relation to matters involving intellectual property.

She has particular experience in helping clients to manage IP portfolios, IP disputes and IP in corporate transactions, but also advises on IP strategy, obtaining patent, trade mark & design protection, IP due diligence, including ownership and assignment of rights, commercialisation and enforcement.

A biochemist by training, she is European and British patent attorney, a European Trade Mark and Design Attorney, a Patent Attorney Litigator and a solicitor.  She was included in Managing Intellectual Property’s 2016 List of the top 250 global women in IP, and remains in the Managing Intellectual Property IP Stars list for 2017 and 2018.  She took part in the BBC’s Radio 4 Programme “The Bottom Line” chaired by Evan Davis on Corporate Espionage (or IP theft) in June 2017.

Vicki is a member of the Council of the Chartered Institute of Patent Attorneys and chairs its Litigation Committee, as well as sitting on a number of other committees.  On behalf of CIPA, she has lobbied for changes in IP law, most recently in connection with Brexit and the potential implementation of the Unitary Patent and Unified Patents Court.  She was part of the advisory group to the Law Commission’s review of the law of groundless threats of IP litigatio, which led to a change in the law in 2017.

She is also a contributor to practitioner level patent textbooks: the CIPA Guide to the Patents Act 1977 (Sweet & Maxwell) and the Modern of Law of Patents (Butterworths).

Neil Weir is CEO of Sitryx ,  a biopharmaceutical company based in Oxford UK and focussing on discovering first in class therapeutics arising from a greater understanding of immunometabolism. Prior to joining Sitryx Neil was SVP Research at UCB Pharma for 14 years overseeing the Discovery of small molecule and antibody based therapeutics across UCB’s therapeutic areas of immuno inflammation, bone and neurology. Neil joined UCB from Celltech a UK biotechnology company where he had been head of research. During his time at UCB and Celltech Neil and his teams have brought over 35 molecules into clinical development including the marketed drugs Cimzia and Besponsa. Neil is also a co-inventor of several antibody technologies including the first dual signalling domain chimeric receptor now referred to as second-generation CAR T.

Neil has also taken an active interest in developing the positive environment for drug discovery and development in the UK and amongst other appointments was chair of the ABPI innovation board between 2012 and 2017 and member of the MRC translation research group. Neil is a non-exec board member of Ondek, an Australian biotech company focussed on H Pylori immune regulation and The RNA Medicines company based in Boston MA.

Charles L. Cooney, the Robert T. Haslam (1911) Professor of Chemical and Biochemical Engineering, Emeritus in the Department of Chemical Engineering is also the Faculty Director of the Deshpande Centre for Technological Innovation, Emeritus.  He received his Bachelor's degree in Chemical Engineering from the University of Pennsylvania, Master's and Ph.D. in Biochemical Engineering from MIT.  After a short post-doctoral time at the Squibb Institute for Medical Research he joined the MIT faculty as an Assistant Professor in 1970 and became a full Professor in 1982.  He received the 1989 Gold Medal of the Institute of Biotechnological Studies (London), the Food, Pharmaceutical and Bioengineering Award from the American Institute of Chemical Engineers and the James Van Lanen Distinguished Service Award from the American Chemical Society's Division of Microbial and Biochemical Technology, was elected to the American Institute of Medical and Biochemical Engineers and in 2009 elected to the first class of American Chemical Society Fellows.  He serves as a consultant to a number of biotech and pharmaceutical companies, is on multiple editorial boards, sits on the Boards of Directors of Axcella, Boyd Technologies, Levitronix, Mitra RxDx, GreenLight Bioscience, Innovent Biopharmaceuticals (China) and enEvolv; he was previously on the Boards of Genzyme, Biocon, Ltd (India), Pall Corp., Cuno, Inc.,Polypore International, Inc and Astra AB. He chaired the FDA Advisory Committee for Pharmaceutical Science from 2004-2006.

"VISION was a ground-breaking leadership program when I joined the inaugural offering in London, 2010. It was extremely interactive, providing great insights that became extremely relevant as my own career traversed developments and issues facing our industry over the last 10 years. I extended my network, forming connections with leaders in our industry that remain strong today. I'm very excited to see UCL, in collaboration with The University of Queensland, bring the VISION program to the Asia Pacific region. Cultivating our next generation leaders is a crucial steps in building a flourishing 21st century bio economy in Australia. UCL, with their seasoned team of international speakers are well-placed to deliver a visionary leadership programe right on our door step!" - David Glover, Executive Director, CSL

"VISION at UCL provides an opportunity for senior leaders in the life science industries to do a deep dive into the current and pressing issue of this industry. The interactive three-day format provides a forum to ask the difficult questions at the heart of this dynamic industry and explore innovative solutions. Why, at a time of unprecedented scientific discovery is the research productivity of the industry falling?
How can we extract, translate and apply the lessons from building new companies into an established industry? The focus on innovation in a virtual and politically diverse world provides real-time learning. The participants bring a diverse perspective on the issues facing the industry and the resulting discussion provided fascinating and insightful answers that greatly sharpened by thinking on problems at hand. As a consequence of the interaction with colleagues and faculty, this course builds a community that together develop a deeper understanding of the issues as well as the strategies to navigate the path forward." - Professor Charles Cooney, MIT

"VISION is a ground-breaking programme specifically tailored for Senior Executives in biopharma. The courses, briefings and workshops provide invaluable insights into the major challenges faced at Executive Team level every day. They also highlight the opportunities and creative solutions that can be utilised to tackle those challenges head on. I thoroughly recommend it." - Dr Neil Weir, CEO, Sitryx

"What sets the VISION programme apart from other courses in the leadership and innovation space is the bio-industry –focused  approach, teaching through real cases studies taught by current leaders who have experienced first-hand how it is done and what pitfalls to avoid." - Rahul Singhvi, Takeda Vaccines

VISION has been successfully delivered in the UK and USA. For 2020 we will be celebrating 10 years of VISION in collaboration with the Australian Institute of Bioengineering and Nanotechnology for delivery in Brisbane.To register your interest in future VISION dates, please contact mbi-training@ucl.ac.uk

The Australian Institute for Bioengineering and Nanotechnology (AIBN) is based at the University of Queensland (UQ) ranks in the top 50 universities globally, and ranks 7th in the world in Biotechnology training (Shanghai Jiao Tong index). The Australian Institute for Bioengineering and Nanotechnology (AIBN) is a major research initiative of UQ, underpinned by five pillars of research: stem cells ageing and regenerative engineering; precision nanomedicine; advanced materials; agriculture nanotechnology and advanced biomanufacturing. In particular, advanced biomanufacturing is already playing a critical role in global health and in how we care for the environment. AIBN has a strong track record in the translation of novel research into successful bioproducts. 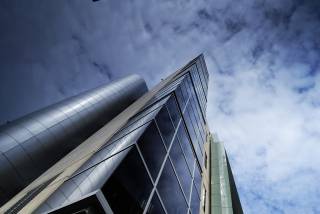