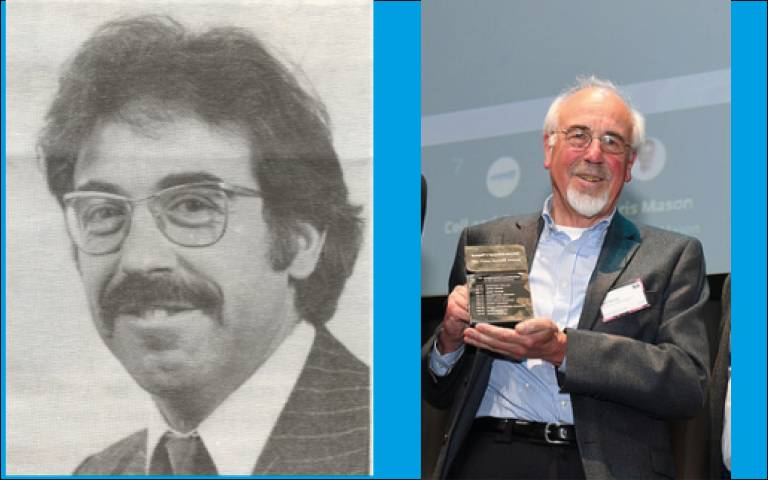 Professor Alvin Nienow will start by considering the impact of UCL on him and his impact on UCL from 1955 to 1980. He began as an undergraduate and later (1963) became both a Lecturer and PhD student (PhD 1968). Later, he was appointed Departmental Tutor to Undergraduate Students and promoted to Senior Lecturer before leaving for a Chair in Chemical Engineering at The University of Birmingham (1980). Alvin will then discuss his transition to a Chair in Biochemical Engineering in 1989 and how his many studies in the physical aspects of mixing in stirred vessels were an important part of that transition. These studies related to bioprocesses involving enzymes, plasmid DNA, bacteria, yeast, mycelia, and most recently, stem cells on microcarriers and T- and CAR-T cells. A good example of the synergy between studies of the physical aspects of mixing and bioprocessing is the suspension of particles. Alvin’s first paper on the former arose as part of his PhD at UCL on crystallisation (1968). Particle suspension is also critical for the culture of T-and CAR-T cells in stirred bioreactors required to be activated by Dynabeads, as first shown in his papers in 2019 and 2020, lead by colleagues at UCL. Finally, he will discuss the advantages and disadvantages as he sees it of approaching biochemical engineering from a chemical engineering or a biologically-based background.