The Bartlett Future Cities Doctoral Network was founded in 2013. 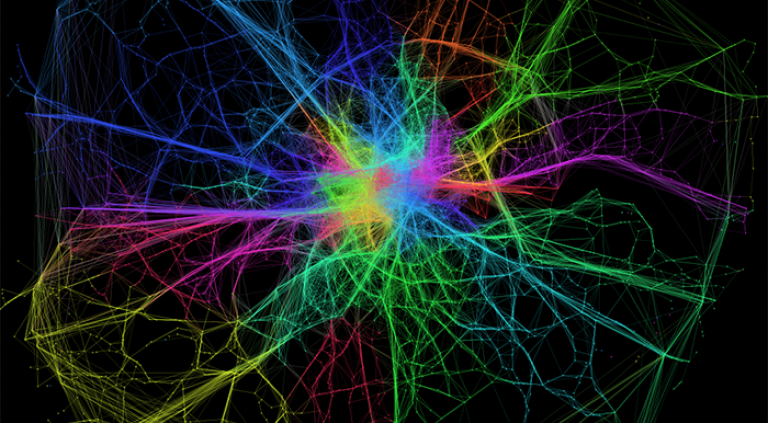 The Bartlett Future Cities Doctoral Network brings together PhD researchers and academic, teaching and research staff from across The Bartlett Faculty and beyond, to critically explore the uncertainty and complexity arising from our collective urban futures.

Always in a state of flux, understanding cities of the future – their constant form and dynamic nature – requires that we look simultaneously toward technology, climate, politics and society. The Bartlett Future Cities Doctoral Network seeks to establish a leading-edge forum that considers and critically debates what this future might be, and how to futureproof our cities through new research ideas and applied innovation.

In the past four years, The Bartlett Future Cities hosted more than twenty forums and workshops, bringing together 30 renowned speakers in their fields and over 500 doctoral candidates and staff, to debate on topics of shared interest.

From social uncertainties and governance, to smart cities, ecology, social media, neuroscience, the arts, culture, politics, economics, history and architecture, our forums cut across the expertise of The Bartlett (and beyond) embracing experimental research enquiry, forecast-led policy insight, creative and speculative futurism.

Athanasios founded and led the BFC since 2013, with aim to promote multidisciplinary thinking and collaboration across and beyond the Bartlett, UCL. Athanasios’ research interests cover Sustainable Design, Resilience, Smart Cities, Adaptive Planning and Urban Futureproofing. He currently works closely with the industry at developing new methodologies and tools for the Adaptive and Resilient Planning of Cities.

Dragan has recently completed a Ph.D. at the Bartlett School of Architecture, where he investigated the role of creative industries in the production of global cities on the case of architecture of London Fashion Week. His research interests cover global cities, urban policies, fashion and architecture, social construction of time-space, and placemaking.

He has joined the Bartlett Future Cities Doctoral Network team in December 2016 with the perspective of contributing multidisciplinary thinking on the future of cities, and supporting collaboration between academia and industry practice.

City and Diversity: The Nightlife Spaces and the Future Cities

The Bartlett's Future Cities second 2017 event explores the life of the Future City spaces at night, and how the morphology and size of cities is likely to influence human behaviour.

Our guest speakers, Dr. Ben Campkin and Laura Marshall from UCL Urban Laboratory will open this doctoral dialogue with a presentation on the history of nightlife spaces in London, followed by a presentation on city size and human behaviour by Clémentine Cottineau from The Bartlett Centre for Advanced Spatial Analysis (CASA).

The Weather Architecture and the Future Cities

Our first 2017 event on Future Cities explores how individual and collective practices in architecture might contribute to the challenges posed by climate change, thus shaping our urban futures.

In this talk, Professor Jonathan Hill will focus on the theme of "Weather Architecture":

"At a time when environmental awareness is of increasing relevance, Weather Architecture considers the history of architecture as a history of weather. For centuries, environmental awareness has been central to the architectural imagination. But, in contrast, current attitudes to climate change often reduce nature-culture relations to a merely technical concern. Questioning the narrowly technocratic conception of the architect as problem solver and moderator of climatic performance, Weather Architecture offers an alternative model of architectural authorship that acknowledges the creative influences of the weather as well as the architect and the user."

The talk will lead to a discussion on how to conceptualise the future city from a design perspective, provoking doctoral thinking on the subject.

The Future City through the prism of Film and Performance Architecture

Our first 2016 event on Future Cities explores how Film and Performance Architecture influence and shape our understanding, vision and perception of one or multiple urban futures and the way we attempt to design them. The presentations will bring together influential speakers that through their work explore the Future City not only within but beyond the limits of the built environment as construction. Seeing the Future City through the eyes of our speakers, the discussion aims at further provoking Doctoral thinking on how our tools and methods can be useful to Urban Researchers across disciplines.

The Future City: Dystopia or Utopia in the light of future challenges, opportunities and risks

Our third) Future Cities event this term is also a most exciting one. This time we push the agenda even further into the future, bringing together two futurologists and an urban planner to discuss "The Future City: Dystopia or Utopia in the light of future challenges, opportunities and risks". The discussion aims to stimulate doctoral thinking in what that future will be in the prism of technological advances, economic transitions, socio-political transformations and climatic risks, and how can we plan, adapt, predict or control those futures, or not.

The second event in The Bartlett Future Cities Doctoral Network series 2015/16 explores the theme of “(Future) Time and Urban Change". The seminar is intended to stimulate a debate on how the future of cities is a "time" condition relevant to urban change; and how this notion influences the way urban scholars and practitioners think and design the future city.

The 1st seminar of the academic year by The Bartlett Future Cities Doctoral Network explores the theme of “Future through the prism of Urban Space and Human Perception". Inspiring presentations will be structured around provocations from our invited speakers, on "How does urban space shape the ways we think about the future, and how does this future shape the urban space and our perception of it?"

Architecture of the Half-Real. (Luke Pearson)

The fifth event in The Bartlett’s Future Cities Network series explores how technology can visualise and influence livability in cities. Two inspiring presentations from Richard Coyne (University of Edinburgh) and Duncan Wilson (ICRI Cities) will provoke a highly interactive doctoral discussion among participants:

The melancholy city (Prof. Richard Coyne, University of Edinburgh) is a response to the recent enthusiasm for mapping cities and regions to show how people feel, in general through mood maps and happiness indices. Richard will discuss some of the technologies involved, but also the way cities relate to film, digital media and other cultural forms along the dimension of melancholy.

Sustainable Connected Cities (Dr. Duncan Wilson, ICRI Cities) asks how community scale solutions can use technology to make cities a better place to live? The talk will focus on the city experience delivering human centric services that are socially, economically and environmentally sustainable. Duncan is currently working on large-scale deployments of sensor networks in London and will describe some of the challenges of deploying an internet of things in cities.

Neuroscience and the city

The fourth event in The Bartlett Future Cities Doctoral Network series explores the Future City through the prism of neuroscience, art and architecture. Dr. Hugo Spiers opened this doctoral dialogue with his inspiring topic: “The Soho Brain Project: Neuroscience in the City”. The talk covered recent research conducted in London’s Soho studying the brain’s inner GPS system. The intersection of neuroscience, art and architecture and the challenges of interdisciplinary research was also be considered.

Hugo Spiers is the group leader of the UCL Spatial Cognition Research Group. His team uses a combination of neuroimaging, neuropsychology, single cell recording and virtual reality to study spatial cognition in the brain. He is interested in how we use internal representation of the world to navigate the present, recall the past and imagine the future.

Here are some ways to find out about our events and get involved: