The V-shape of things to come? [Housing Today]

Prof. Yolande Barnes writes for Housing Today, discussing how the number of desirable home prices increasing are hiding the true state of the market. 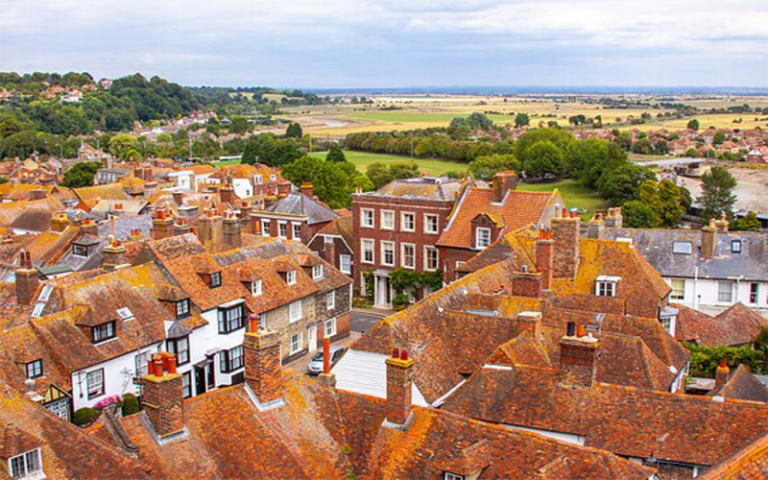 According to the Nationwide Building Society, the price of UK homes rose by 2.0% in August (seasonally adjusted) following a 1.8% rise in July. This is the highest monthly rise in over 16 years but follows dramatic falls.  According to Nationwide, the average house price of £222,915 in April reduced rapidly over lockdown, to £216,403 in June.

As a result, said the Nationwide, annual house price growth accelerated to 3.7% in the year to the end of August 2020, from 1.5% in the previous month and reversed the losses recorded in May and June.  The average UK house price is now at a new, all-time, high. So, this index at least seems to be indicating that recovery in the housing market has been a very short, sharp V shape.

Before sellers and their estate agents start breaking out the champagne, I think we should treat these figures with some caution. Prices are rising because the transaction sample has changed (and we’re not comparing like with like) and because there are some important demand-side effects stemming from lockdown.  As Robert Gardner, Nationwide’s chief economist, himself said “Behavioural shifts may … be boosting activity, as people reassess their housing needs and preferences as a result of life in lockdown. [Their] own research, conducted in May, indicated that around 15% of people surveyed were considering moving as a result of lockdown”.

We are also facing what I call ‘a market of thirds’ which means there are more headwinds facing the housing market which will start blowing in coming months. I will cover these later.

We should treat the house price indices with caution because they are not measuring all properties – only the most desirable ones where competition is driving prices up from a lower base.  There are some hidden properties which aren’t selling and will depreciate that aren’t showing up in transaction based indices (yet).  The number and nature of transactions has changed because Lockdown has changed demand for housing.  Almost by definition, only the best stock, the most desirable stock is changing hands.  There will be some types of property which won’t sell at all - and which owners are not putting on the market.

On the demand side, being stuck in the same home and same neighbourhood for 3 months has meant that ‘home’ is much more important to us than it was. The experience has highlighted the failings of a house or neighbourhood and consequently precipitated or accelerated any desire that households had to move, (this has been evidenced by surveys as well as anecdote).  It has also opened up new markets for people who realise they can work further away from the CBD and don’t have to be tied to the same commuter locations.  People are very aware now of the difference between surviving and thriving in the place they live which has made neighbourhood quality and a sense of place a greater priority than perhaps it was.

In housing supply terms then there are winners.  Houses with gardens in good neighbourhoods – in suburbs, in small cities, in towns and even rural villages which were in relatively low demand during the previous decades of ‘urban renaissance’ are now in much higher demand.  This is the market that is transacting; those households with resilient incomes and sound finances are exercising this demand.  The stamp duty holiday is certainly not deterring them as it has lowered the cost of making this move.  The average price of these properties is inevitably rising.  That does not mean that the average price of every home is rising.  Some whose value is static or falling simply won’t be recorded because they are not being sold or bought. The house price indices which are based on transactions are showing rises because, in a changing market, only the good stuff sells.

It’s not so much comparing the apples of the pre-covid market with the oranges of a post covid market but rather like no longer including the rotten and misshapen fruit at the back of the market stall in the average price.  They are still there but just not being included in the price as only the rosy red apples at the front are selling.

This is where we come to the headwinds.  I suggest we are experiencing the first part of ‘the market of thirds’.  What I mean by this is that Covid has meant very different things to different people.  One-third of the population (say) have been in jobs that were highly resilient to lockdown or even thrived, another third have perhaps been furloughed or suffered from the lockdown but will survive. But there is perhaps a third of the population who are in fragile industries and will suffer job losses over coming months and years, especially when furloughing has ended after October.  Many of these people, in the airline industry for example, would never have previously anticipated their jobs and livelihoods were at risk.  A new type of recession is in the offing which disadvantages a different group of people, not those affected by previous post-industrial downturns.

We are also starting to see changing behaviour by mortgage lenders who are once again limiting the supply of low-cost borrowing to those needing high loan to value ratios.  Evidence is beginning to emerge that first time buyer numbers are decreasing as a result.  So the market once again polarises between younger equity-poor homebuyers and, usually older, equity-rich buyers. ‘Generation rent’ will get even bigger unless ways are found to transfer equity.

We are therefore looking at a highly polarised housing market, divided between the resilient and motivated movers who dominate the market at present and who can take advantage of all time low interest rates which boost all asset values, including housing. Contrast them with those who have suffered much more from the pandemic.  Lurking behind the seemingly V-shaped housing market recovery is the spectre of rising debt, divorce and debt; the three D’s that put longer-term downward pressure on house prices. The V shaped recovery will be short-lived and eventually look like a blip in front of a long steady decline – or perhaps a ‘plateau’ at best.  So this will likely mean that prices look less ‘V’ like and more like a downward sloping square root sign (ie a ‘V’ with a long tail).

There are also bigger pre-existing forces related to global interest rates which have put house prices on a high plateau but which, even if interest rates turn negative (and some in the Bank of England think they will), have now run their course.  In my view, we always were going to see an end to seemingly endless house price growth as the great ‘thirty-year yield shift’ of 1990 to 2020 completed.  This phenomenon has haplessly coincided with the Covid crisis and may be hidden by its effects.

There are those who will of course rub their hands in glee at the thought of falling prices ‘allowing young people to afford a home’.  But of course falling prices do not improve affordability if they fall at the same rate as real incomes in a downturn.  Lower house prices alone will not solve the housing crisis – although stable prices might help in the longer term.

The main way I think some elements of unaffordability will be fixed by this crisis is that some people will be able to vote with their feet for the first time in decades and move to saner housing markets across the country.  There is even a chance of a renaissance for some formerly ‘left behind’ places which find a new lease of life from the arrival of young, talented workforces in digital-age industries.

In the longer term though, I also fear for some types of homes.  I think we will see glass and steel ‘rabbit hutches’ with no outside space in big cities depreciating.  The danger is that some of them, in soulless city neighbourhoods will become the slums of the future.  Eventually, the tide will turn and, instead of talking about the problem of gentrification, we will talk about the problems of de-gentrification again.

In picking the winning places of the future, regional differences are perhaps not as important as local differences.  The post-Covid market is a market of neighbourhoods.  There will be big price differences between those neighbourhoods that proved to be barely survivable in lockdown and those that were pleasant to spend three months walking, cycling and shopping in.   The ‘anti-fragile’ one-third of the economy which thrived in lockdown is currently driving house prices in these places, coupled with new and pent-up demand for a different type of living environment.

So what might happen next?  Furlough ends, recession bites, unemployment rises and the supply of housing increases from probate sales and foreclosures.  The ‘bottom third’ of the economy starts to prevail, forced sales start to appear in the house price data and average values fall.  Brace yourself for the next ‘shape’ in the housing market.  A period of further economic shocks followed by a long, slow and flattish recovery.  The ‘Elongated Nike Swoosh’ perhaps?