What might the coronavirus outbreak mean for residential development in the longer term? 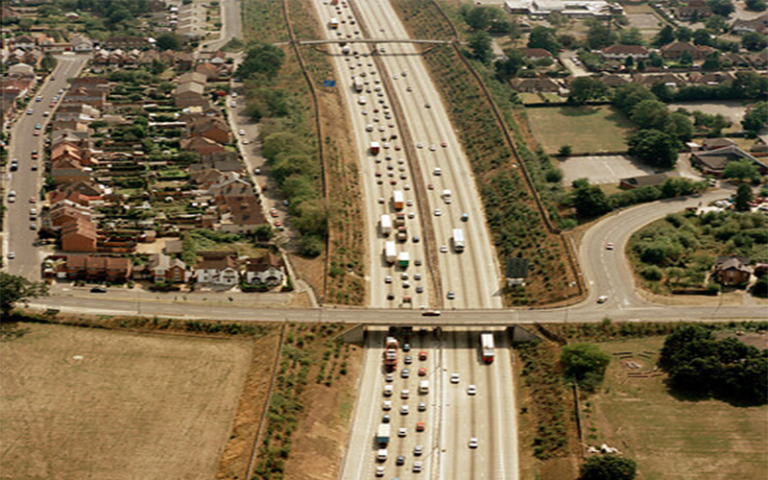 At some time last year, a bat passed on a mutated virus to a trafficked pangolin (a scaly ant-eater) in a wet market in Wuhan, China.  Now, that same virus has spread to unknown thousands of people across the globe and there is only one topic at the top of the boardroom agenda: the Covid19 Coronavirus outbreak.

As Berkeley Group’s statement cancelling a forthcoming £500m shareholder dividend shows, increasingly developers, lenders and investors are going to have to take decisions around the risks the outbreak poses, and face up to some unpalatable options.

But long before the ill-fated pangolin’s revenge, the outlook for housing markets had already altered, largely unseen and unrecognised by many in the industry.  The prospect for real estate values, including house prices, in coming decades was always going to be different in a world of low inflation and low, no longer falling, interest rates.  High but stable prices and no-capital-value-growth-without-rental-growth are becoming the norm so some investors were waking up to the fact that all real estate has moved up the risk curve. Covid-19 will change the shape of that risk curve further.

In recent weeks I have been turning my mind to the potential ramifications for the residential sector – recognising that this is perhaps not the most pressing problem in the midst of the current emergency but something we can all think about while working from home or self-isolating. The potential issues multiply, the more you consider them, across a whole range of timescales and possible scenarios. Regardless of how severe the outbreak becomes, there will be a wide business impact from what has happened in China and elsewhere already. So, what are the principle issues for the sector?

The first was addressed by the chancellor Rishi Sunak in his Budget and by the Bank of England with its rate cut yesterday: a short-term recession. House builders will be only one of many parts of the economy affected – as can be seen in recent share price falls. Home purchases will be among the first decisions to be put on hold in the event of both social and economic uncertainty. The severity of any recession will vary according to the length of any lockdown and degree of productivity loss, including losses from breaks in the global supply chain. Impacts will range from low consumer confidence, which translates into lower housing demand, to falling incomes and further affordability pressures.

The second issue is how employers, government, landlords and financial institutions respond to the virus and its economic effects, which will affect the degree to which foreclosures and repossessions result. Clearly, Sunak’s announcements on sick pay are positive in this regard and if UK lenders follow the lead of Italy’s, this too should ameliorate foreclosures and repossessions in the short term.

The reaction of the construction industry to all this is likely to be to reduce the amount of new build. This is the only thing that can offset the inevitable fall in demand, meaning some schemes will be mothballed.

The longer term price implications then, are an increase in downward pressures. I think talk of the “Boris bounce” was always primarily top-end and London-centric rather than countrywide. However, it seems likely that Covid-19 – combined with last month’s floods - will have completely wrecked any positive effects that political certainty since the election may have provided to the housing market.

The bigger threat is if this snowballs into a long-term global recession. We used to say if America sneezes, Europe catches a cold.  Well, what happens to the world when a major supplier like China catches Covid-19?  The risks of a profound global recession have surely increased, with potentially significant consequences for longer-term housing demand and affordability.

This is because if we have a population suffering widespread fear for the future and general uncertainty, it will inevitably turn into lower demand for housing, which almost inevitably means a fall in transactions.

But there also secondary demand and supply effects – if we consider this coldly and rationally – which could compound problems if the outbreak is severe. The government’s worst-case scenario so far is for 100,000 people dying of Covid19 in the UK, though others have estimated higher figures up to 700,000 people. Given how the disease affects older people most severely, the section of society who are most likely to be home owners, we can anticipate that one result would be an influx of homes coming onto the market. Clearly we are not at this stage – but this is all within the realms of possibility.

I’m still working on the models but, crudely this results in both lower demand for housing and simultaneously increased supply. In the early 1990s housing market crash it was the combination of low demand and high supply – when mortgage lenders flooded the market with repossessed properties – which caused such steep price falls. In 2020, the first impact of this scenario would probably be falling rents, as vacant stock is let rather than sold into a low-demand market.  This would eventually be recognised in lower capital values as yields would likely move out or, at best, remain stable.

All these economic and market effects – as serious and severe as they might possibly be – are also matched by unknown social and psychological consequences.  We can say the residential development industry’s health at any time is determined by the thousands of individual financial and emotional decisions people take to invest in homes, decisions which are fundamentally influenced by human psychology.

So, I am becoming increasingly interested in the transformative potential of the global pandemic in this area. What could it mean? At a societal level, could it change politics?  It seems that once again we are forced to recognise globalisation, we’re listening to experts and valuing nationally co-ordinated and public health systems. Is populism going to wane or will people use it as an excuse to become more nationalistic and isolationist?

At the property-specific level, the outbreak and response to it has the potential to change how people think about houses and homes. Some of the consequences could be an acceleration of trends which are already in train and have already begun to change people’s housing choices.

I wonder what people are thinking about their homes and neighbourhoods as they are forced to occupy them 24 hours a day? What are they thinking about big crowded cities where fear of contagion accompanies every tube journey? Is more home working going to improve productivity as it did for Isaac Newton when he was forced to quit Cambridge for the plague?

Some examples of possible outcomes and accelerations might include:

What’s for sure, this pandemic will change people, the economy and society in ways we can’t yet imagine. We could be at a crossroads in history of the same significance as the Black Death and the two world wars.  Like it or not, it really is time to rethink real estate.