BREI Bartlett 100 conference delves into the future of real estate: The Next 100 Years

What will real estate look like in 100 years’ time? Not just the physical structure but also the ownership, management, regulation and finance, and how do we mitigate the effects of climate change? A glimpse into possible futures for real estate was explored as BREI hosted the final event in the centenary celebrations for the Bartlett Faculty of the Built Environment. ‘Real Estate: the next 100 years – a vision of land, people and money in the 2119 built environment’ brought together industry and academics to look at what shaped real estate over the past 100 years and how it might change in the next 100 years.

The keynote speakers outlined changes, challenges and disruption to real estate, while the interactive workshops were designed to bridge the silos often apparent in the world of real estate. They put together in pairs BREI’s eight themes – digital disruption, housing affordability, real estate resilience, health and well-being, infrastructure interface, community inclusion, beyond placemaking, and learning environments – to reveal that these seemingly unconnected areas are interwoven and are creating social and physical changes to real estate.

Keynote speaker, historian, broadcaster and film-maker David Olusoga, provided a thought-provoking analysis of the UK’s housing crisis, which, he said, has existed for 200 years.

“Our age is not an aberration; it’s part of a pattern. The roots of our current situation lie in the 19th century, when cities expanded,” Olusoga said. 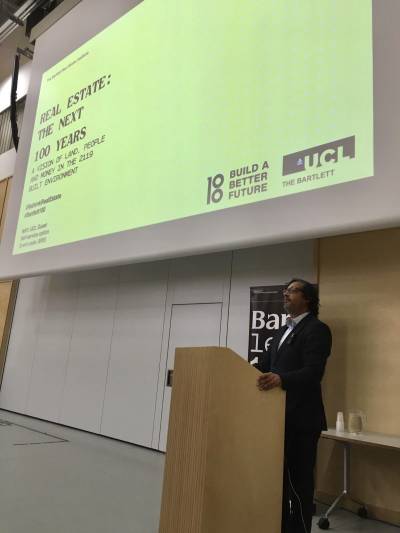 The UK was the first majority urban country. This rapid urbanisation created elegant houses but also slums, which became the UK’s first housing problem. This led to a social crisis, and in turn, a health crisis. Government action was taken only when military recruitment for the Boer War and WWI revealed hundreds of thousands of urban working class men were in poor health because of lives spent in slums. The housing crisis was then seen as a national security problem.

In 1919 the first real political effort to clear the Victorian slums and improve housing was made when David Lloyd George promised ‘homes for heroes’, through a vast programme to build social housing.

History, however, is repeating itself. A Nuffield Trust report in 2017 showed that Victorian era conditions and disease are returning, said Olusoga. There are extremes of poverty and wealth and this inequality is most graphically seen in real estate.

Olusoga concluded with a bleak outlook. We have all the warnings from and parallels with the past, he said, but an insensitivity to crisis means we are repeating the patterns of the past.

Dr Adam Dennett, Associate Professor at the Bartlett Centre for Advanced Spatial Analysis, outlined how data is now underpinning nearly every modern activity. Over the next 100 years, he said, the challenge for real estate is to maximise the digital good. 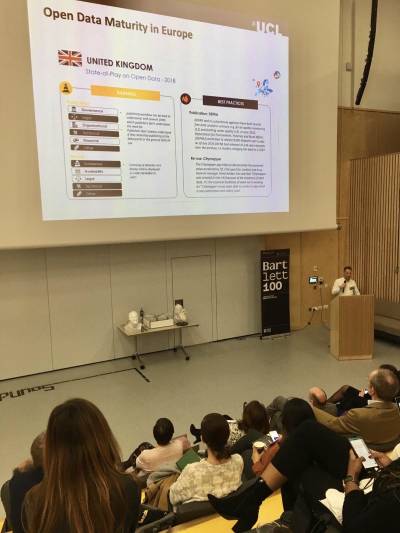 The data revolution should be at the heart of all conversations about real estate, as data will become increasingly important in the way we understand real estate and cities.

Data underpins all urban activities and impacts on nearly every aspect of cities, from transport to health and housing, and it can be used to make better decisions about cities. Real-time data on, for example, traffic, wind, weather and public transport use can help local authorities develop better, more dynamic and more sensitive local plans.

Increasingly good quality data is available, and accessible, but it is important to preserve trust and ensure benefits for the public good.

An open data utopia is a work in progress but, for real estate, some data, such as the Land Registry and Energy Performance Certificates, is already available online. This challenges the recent history in real estate, where data has been held by commercial organisations motivated by profit. Over the next 100 years the volume of data will be vast, but it has to be open and accessible to realise the innovation potential in our cities, said Dr Dennett.

New technologies such as 3D printing and VR are also helping to shape the built environment, said Kadine James of digital foundry and factory Hobs 3D.

The company is using data and AI to 3D print both sculptures and building components. Its work includes a 3D printed store in London’s Regent St for luxury sustainable fashion brand Bottlestop. 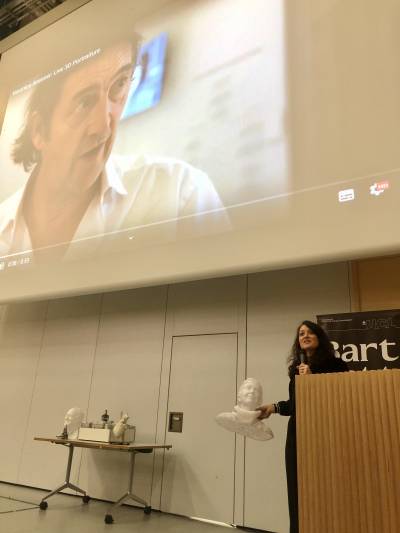 Hobs 3D has also worked with housing association Peabody in Thamesmead, south London, on one of the biggest regeneration projects in the UK. The company created a VR environment that gives the community a chance to have a say in the redesign of an area of public realm.

Arup is also focusing on digital. The two themes driving its foresight, research and innovation are digital transformation and sustainable development – the former seen as a critical enabler to achieve the latter, said Josef Hargrave, global foresight manager. 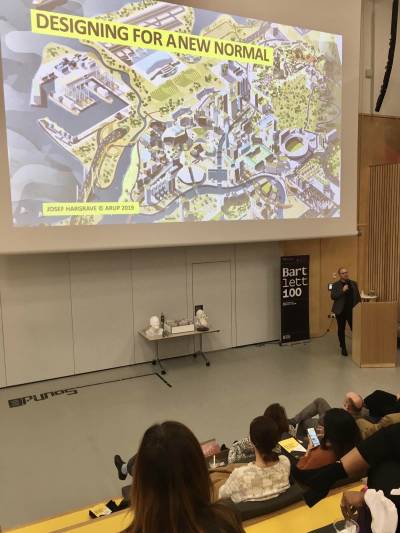 Arup’s future high-rise concept, It’s Alive, provokes discussion about what future buildings might look like in design, operation and experience.

The built environment of the future will look very different from today’s, said Hargrave. It will include drone ports, algae facades that produce biomass or fuels, modular components that can be adapted to changing needs, façades for air purification, better integration of public spaces and inclusive environments, and community facilities open for digital fabrication for the construction and reuse of structures.

“In the next 100 years the defining design paradigm will be regenerative design that enables ecological gain,” said Hargrave.

While there are challenges for real estate on Earth, 50 years after humans stepped foot on the moon, there is serious enthusiasm to return, and to go on to Mars. To explore the practical, logistical, ethical, legal and regulatory issues this raises, in July this year, the Bartlett launched the Off World Living Institute (OWLI), hosted within BREI. 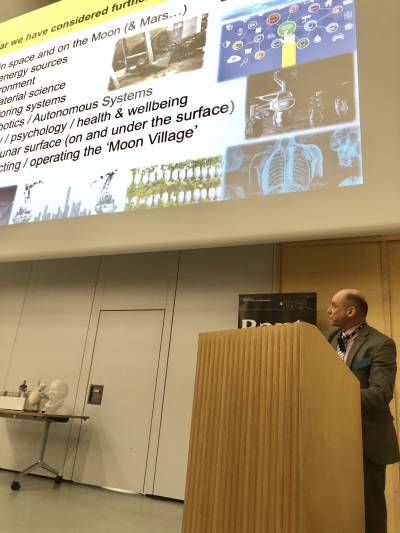 BREI director Prof Andrew Edkins said that to thrive in other worlds we need to understand energy sources, the physiological and psychological demands, building in space, which will require greater automation and monitoring, and even the role of media companies in what will be the ultimate reality TV show.

“We are explorers. Looking at the world outside ours may help us understand our own world better,” said Prof Edkins. 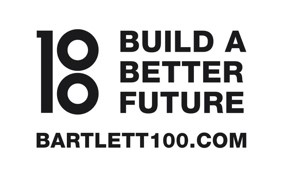