The need to establish a new discipline of ‘Place Science’ based on robust, empirical evidence of place quality and value was identified during BREI’s Beyond Placemaking workshop. 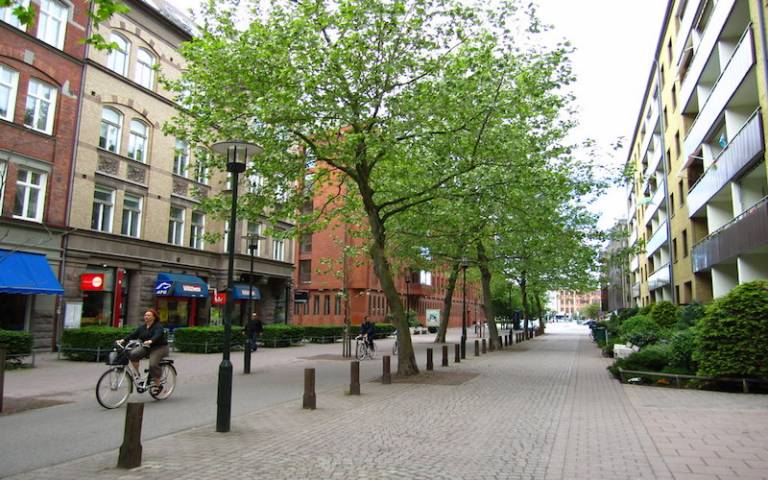 The event, which was part of BREI’s series of Rethinking Real Estate workshops, explored factors affecting place design, the benefits of good placemaking and what is needed to create places that provide social, environmental, economic and health benefits.

Opening the debate, provocateur Matthew Carmona, professor of Planning & Urban Design at UCL’s Bartlett School of Planning (BSP), said place quality and value were interlinked in a virtuous loop where the quality dictated the value and the value defined the quality.

“This requires an understanding of place, quality and value which goes beyond the normal policy or professional silos from which we usually approach these issues,” Prof Carmona said.

Professor Carmona has created Place Value Wiki to gather research evidence about the relationship between place quality and place value. The resource has been honed down to 271 empirical research studies and classifies the evidence under the four policy arenas of society, health, environment and economy. This wiki is now live and attracting further contributions as an open source platform.

Prof Carmona, in conjunction with BSP and the Place Alliance, has also created the Ladder of Place Quality for decision-makers to use when considering the quality and value of a place. The tool envisages place quality as a ladder that climbs from the qualities that should be avoided because they undermine value, such as car dependency and extensive suburbanisation, through to those where the evidence is so robust they should be required. These include green spaces, mixed uses, low levels of traffic, good walking and cycling provision, and good public transport connectivity.

“These are things we’ve been prescribing for years but we can now prescribe them with much more confidence because there’s a huge amount of evidence underpinning these qualities,” said Prof Carmona.

He concluded that place quality had such a profound impact on people’s lives it should no longer be seen as a luxury for the wealthy or afforded only when times were good. “It should be seen as a basic necessity of life,” he said.

As a respondent, Nicholas Boys Smith, founding director of Create Streets, outlined some of the specific place values identified by the organisation’s surveys. The research revealed that built-up area density, the distance to a listed building, land-use richness and mixed uses were good predictors of places that appealed.

“It’s not an argument for one style or another but there are some aspects of tradition – complexity, composure, repetition without obsessiveness – that people prefer,” he said.

Prof Tim Stonor, managing director of Space Syntax Ltd, identified seven dimensions of place performance, including the need for the development of a new ‘Place Science’.

“We need to be able to talk confidently about peer-reviewed, substantial research into place. Globally, you can almost count the number of place scientists on the fingers of one hand,” he said. “Placemaking industries need better tools to understand the value of place and to create the policies and plans that will deliver place performance.” The other six dimensions of this are: human transaction; speed; fragmentation; functionality; street; and grid.

Human transaction, said Prof Stonor, was the fundamental output factor of place. “It’s why we make cities, towns and places. Places are the engine of transaction and we need transaction to form social relations that gives us a social existence. They also create the inventions that drive business,” he said. These human transactions were enhanced by reducing traffic speeds and reducing the fragmentation sometimes created by well-intentioned environmentalism.

“The new towns programme has created places where you’re unlikely to see anyone unless you go into the shopping centre so transactions are diminished,” he said. Places also needed multiple uses, or functionality, and to be adaptable for the future. Streets, and the main street in particular, were pivotal to transactions and invention, while the connected grid of streets also provided an environment for transactions.

Professor Yolande Barnes, chair of the BREI, talked about the need and advantages for investors in whole places rather than single-use, separate buildings. She cited The Student Hotel in Florence as a good example of how this type of investment and management operation might work and how important it was not just to design buildings, but also the land, money and management models to go with it. This particular site illustrates the potential future of real estate globally because it manages a wide range of human activities and comprises not just living and staying accommodation but co-working areas, conference facilities, leisure, food and beverage - leased by the hour, day, week, month or year.

Valued and valuable places required active management that might in future be more akin to hospitality management than traditional real estate, she added. This puts ‘real estate as a service’ front and centre. “Places are buildings plus human interactions – but unless we consider how the money and the space are being managed, we’ve missed half the story,” said Prof Barnes.