The research project 'Design for Ageing: East meets West' aims to explore spatial policies for people throughout their lifespans in two countries: the UK and Japan. 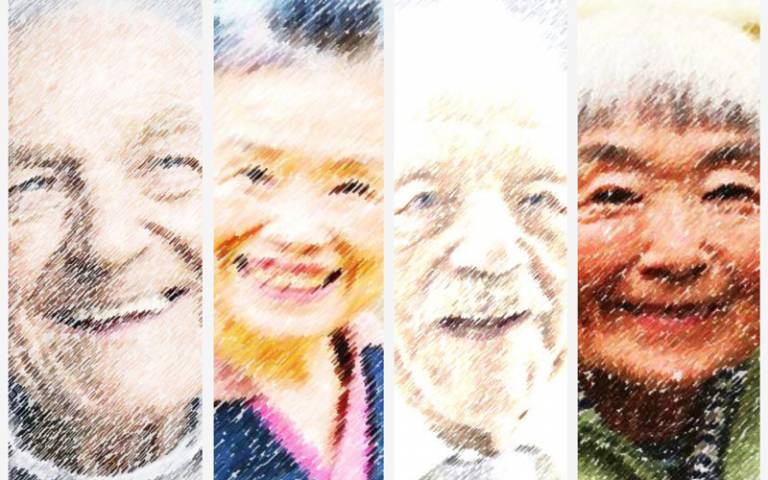 ‘Design for Ageing: East meets West’ has won a Butterfield Award from The Great Britain Sasakawa Foundation, an organisation set up in 1985 to enhance mutual appreciation and understanding of British and Japanese culture, society and achievements.

Ageing is one of the greatest challenges facing humanity and a hot topic on political, economic and academic agendas, but its spatial aspects remain largely unexplored – even in healthcare facilities, where people are at their most vulnerable.

In the UK, an ageing population threatens not just the sustainability of healthcare services, but also the cohesion of the British society. The complexity of the problem implies that the whole field of care provision needs to be addressed, including the provision of facilities and building stock.

So far, the emphasis has been on technology and smart developments to bridge the gap. However, literature from the related field of Dementia supports the view that the Human Resources and Built Environment sectors contribute as much to the care of dementia sufferers as medico-pharmacological interventions.

With particular reference to care settings, where people are in their most vulnerable state, the built environment could play a major role in alleviating their symptomatology and supporting staff and carers. However, the evidence base to support a fit-for-purpose environment for ageing is still limited.

Japan is a global leader in the discourse for ageing, partly because the ageing of its population is more pronounced than in the UK. The role of this project is to establish a learning path from Japan to UCL. This will include designing facilities for ageing, and will pave the way for cross-fertilisation and joint ventures between UCL and Osaka University – in particular, the departments within these institutions that research the physical environment of the healthcare provision.

From the Bartlett Real Estate Institute:

A workshop will be held at UCL bringing together scientists from across UCL, the NHS and industry, with the participation of the Osaka University Partners. This will provide evidence on the contribution of psychosocially supportive design, and try to promote understanding of the built environment in relation to human physiology and perception for people over their lifespans.

The proposal is to increase general public awareness on social injustice, stigma and mental health. It sets out to combat Nimbyism and support the fairer allocation of resources and placement of health facilities. But its biggest aim is to put pressure stakeholders involved in NHS decision-making by demonstrating, through mapping and art exhibits, the outcome of the comparison.

The aim of this project is to bring together academics from both countries, with a focus on the built environment and how it has been used to support health and wellbeing in each context. It intends to explore these key themes and foster future exchange of knowledge, research and entrepreneurial collaborations. Its ultimate goal is the increased well-being of the ageing population, as well the younger generation that cares for them.

UCL collaboration with our counterparts in Osaka University is very important for both organisations. The team will attempt to establish a common language between partners, cultivating bridges between the UK and Japan. A complimentary proposal to support and increase the leverage of this project will lead to an upcoming UCL Grant Challenges scheme, marking UCL–Osaka University activity towards bilateral collaboration.

The project also intends to increase the awareness of architectural students, in line with The Bartlett’s the broader objective to create a more evidence-oriented and socially responsible generation of young architects.

In terms of the development of the research team, co-operation with researchers using alternative methodologies and ways of addressing issues will provide new insights into individual work-streams.

This project is funded by the Great Britain Sasakawa Foundation – Grant application No. B120