Finn Williams is a Visiting Professor of Practice at the UCL Institute for Innovation and Public Purpose (IIPP), as well as the Chief Executive Officer of Public Practice. 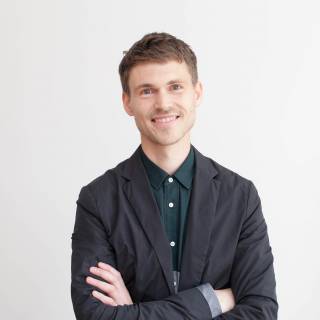 Finn is the co-founder and chief executive officer of Public Practice, a social enterprise that is building the public sector’s capacity for proactive planning. Finn trained in architecture and worked for the Office for Metropolitan Architecture and General Public Agency before nine years in the public sector at Croydon Council and then the Greater London Authority, where he led new initiatives on placemaking, workspace, street markets, infill housing and crowdfunding.

Finn is the founder of public sector planning think tank NOVUS and independent research practice Common Office. He is a CABE Built Environment Enabler, Centre for London Associate, and board member of the Planning Advisory Service. He currently sits on the Raynsford Review Task Force, Labour Planning Commission, RIBA Planning Group, and Impact Advisory Group for the ESRC funded research project Working in the Public Interest.

Finn has been a visiting critic and tutor at universities including The Bartlett School of Architecture, Architectural Association, Central Saint Martins, Chalmers University in Gothenburg, Columbia in New York, ETH in Zurich, London School of Economics, and the Royal College of Art. He has given talks and exhibited his work throughout Europe, and was co-curator of the British Pavilion at the 2016 Venice Architecture Biennale.