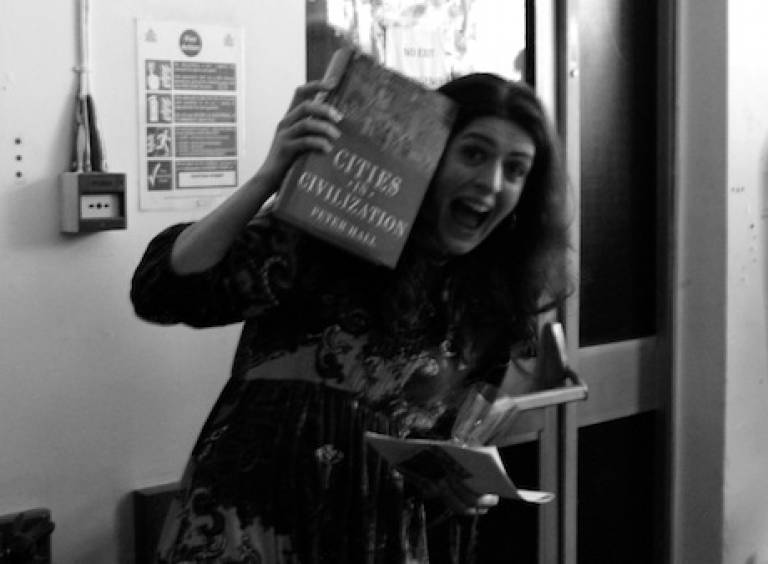 The Bartlett School of Planning held two student photo competitions this year – for undergraduates and postgraduate students. The panel, composed by Dr Elisabete Cidre, Dr Ben Clifford and Professor Mike Raco (BSc, MSc and PhD Directors) found the submissions were of high quality and tried to capture the multi-dimensions of Planning.

The winners (Sonia Freire for postgraduate students' submission and Peter Galazka, for the undergraduate category) and runners-up (Alexandra Gomez, postgraduate and Thomas Zhong, undergraduate) were announced in the Annual BSP Social Evening, on March 12. 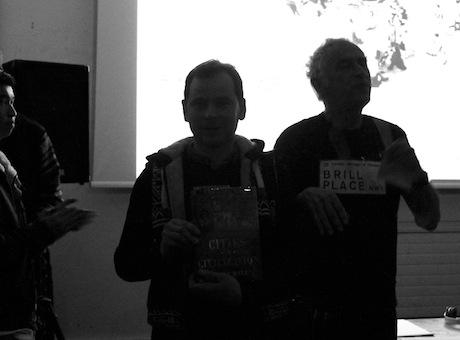 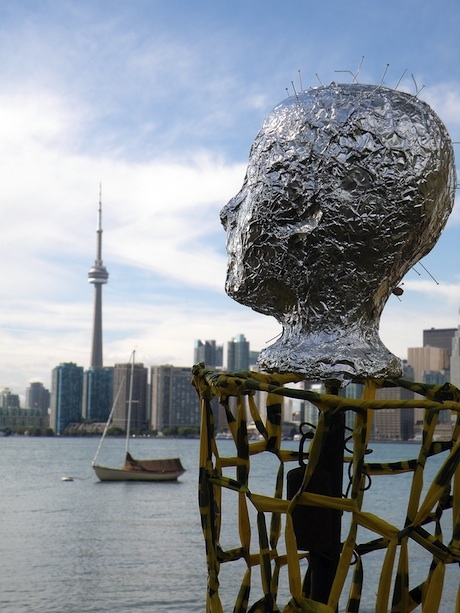 This photo was taken on one of the Toronto Islands in September 2010.
The islands comprise the largest urban car-free community in North America. This photo elicits a strange sense of human scale without having any actual humans in the shot. Due to its careful positioning in the foreground, the metallic, robotic, head suggests that humans are insignificant when compared and contrasted with the immensity of the Toronto skyline. At the same time, the prominence of the head reminds us of the importance of the human form within a planning context - cities, however large or small, are still designed for humans. 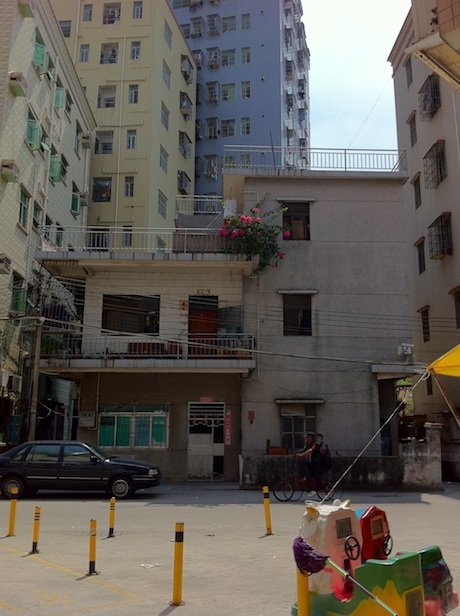 'Zhongwucun' literally means 'village of the Zhong clan'. As a result of the vigorous urbanisation process since the 1980s, the former agricultural village (alongside with many others) has been swallowed by the expanding city , and was also industrialised. Besides the high-density 'hand-shaking buildings' which are home to mostly migrant workers, the village also contains several factories. Next to the factories is heavily polluted river. Meanwhile, I was delighted to see that there are some ancient village buildings still surviving. According to the current plan of Shenzhen Municipality, urban villages are to be regenerated with priority. It is highly possible that Zhongwucun will be turned to something sharply different within the next 20 years.

From the top of the Empire State, in New York, Sonia Freire, PhD, Postgraduate Winner 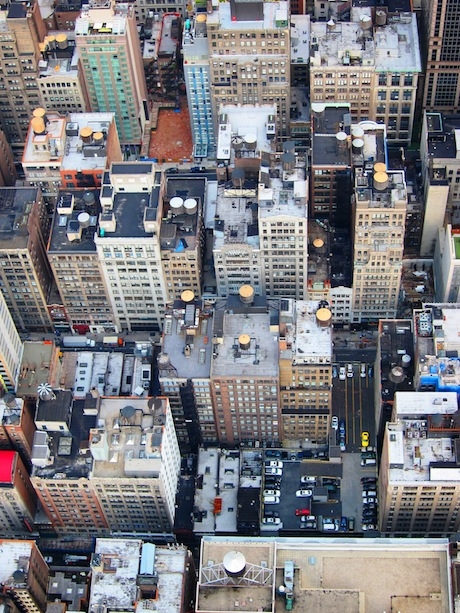 Overwhelming, demanding, glittery, stressing, fascinating, vast, inspiring, fast, global, desired, high...All these adjectives came to our minds, at least once every day, while we were crawling among the ground floors of the demanding buildings that kept us staring to the sky, breaking our necks. However, it was this accidental glimpse from the top of the Empire State what finally provided us with our image for the city: a vast maze of plots, streets and voids, forming a neverending and tight collage.  In a city where "up" is the only possible way, looking down can sometimes reveal unexpected landscapes. 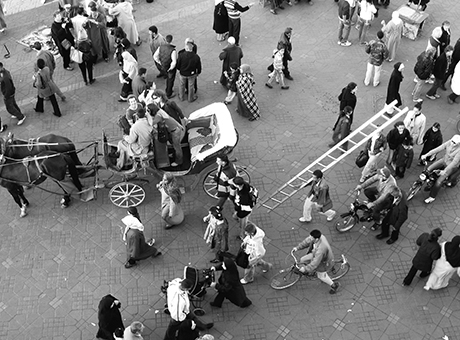 This view from the top of a building made me think that most times while only walking in urban spaces, and not looking at them from above, we miss a different perspective of urban space. A perspective where we get a hint of the complex order of an urban place, an order as Jane Jacobs would say, composed of movement and change. Where different activities, people and even animals join together in a “ballet” that never repeats itself. Jemaa el-Fnaa Square in Marrakesh is an amazing example of the beauty of disorder, in a lively improvisation of an urban space. With locals and tourists, people coming and going, snake charmers, story tellers, magicians, peddlers of traditional medicines and a food market, this square is considered a Masterpiece of the Oral and Intangible Heritage of Humanity by UNESCO.